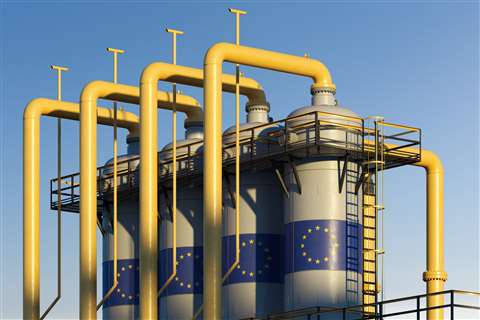 European Union energy ministers finally reached an agreement on a natural gas price cap after weeks of talks on the emergency measure.

Ministers agreed that a cap would be triggered if front-month contract gas prices on the Netherlands’ Title Transfer Facility (TTF) hub exceeds EUR180 ($195) per megawatt hour for three days. The TTF price must also be EUR35 ($38) per MWh higher than a reference price based on existing LNG price assessments for three days.

The cap represents an effort to rein in gas prices after they spiked in 2022, driving up inflation and adding to energy bills for residents across the EU. It will be brought in from February 15, 2023. The level at which the cap has been set is lower than the European Commission’s original proposal, which ran into opposition from some member countries that had been calling for such a measure on concerns that it was too high.

Once the cap is triggered, trades will not be permitted on the front-month, three-month and front-year TTF contracts at a price more than EUR35 /MWh above the reference LNG price. This is designed so that the capped level can fluctuate along with global LNG prices, allowing EU members to still be competitive in bidding for LNG cargoes. However, the industry has voiced concerns that higher spot prices in Asia could still end up putting European buyers at a disadvantage.

Critics have also warned that the cap risks exacerbating Europe’s natural gas supply deficit by encouraging consumption. And traders suggested that the cap had the potential to create distortions instead of limiting prices. Indeed, the Intercontinental Exchange (ICE) said on the day the agreement on the price cap was reached that it would have to review its impacts and assess whether it could continue to operate markets for TTF trading.

EU officials have said the price cap could be suspended if it was seen as posing a risk to the bloc’s security of gas supply, to its financial stability or to the flow of gas across the continent. Gas demand rising above a certain level could also lead to the cap being suspended.