Europe could have a shortfall of as much as 30 billion cubic meters of natural gas next summer, the key period for refilling its gas storage sites ahead of the 2023 – 2024 winter, a recent study has shown.

The study “Never too early to prepare for next winter: Europe’s gas balance for 2023 – 2024,” was written by the International Energy Agency and stresses the need for urgent action by policy makers to reduce consumption amid the global energy crisis.

The report was released as gas storage in the European Union is now 95% full, and about 5% above the five-year average for this time of year. The IEA stressed against complacency despite the optimistic cushion provided by current inventories, modestly lower prices (of late) and mild temperatures.

Several key factors helped efforts to fill gas storage sites ahead of the upcoming winter. But those factors may not be repeated in 2023. Those factors include Russian pipeline gas deliveries that were relatively close to “normal” levels for a large part of the first half of this year.

Total pipeline supplies from Russia to the European Union in 2022 is likely to be around 60 bcm and it is unlikely that Russia will delivery that much pipeline gas in 2023. In fact, pipeline deliveries of natural gas could halt entirely next year, the IEA warned.

For all of 2022, the IEA expects Russia’s gas exports to fall by more than 55%, a drop of 80 bcm, which has put “unprecedented pressure” on European and global gas markets.

In addition, China imported less LNG in the first 10 months of the year than it usually did, which in turn has enabled additional LNG for Europe to compensate for the decline in gas deliveries from Russia. If China’s LNG imports recover to the levels seen in 2021, it would take more than 85% of the expected increase in global LNG supply, the IEA has said.

Additionally, the IEA expects global LNG supply to increase by only 20 bcm in 2023, with about on-third of that coming from the U.S. That expected additional supply next year is about half of the average increase in the four-year period starting in 2016 and significantly less than the expected decline in Russian pipeline deliveries to the EU next year.

If Russia halts entirely its pipeline gas exports to the EU and Chinese demand for LNG recovers to 2021 levels, the IEA said it expects Europe could fall short of about 30 bcm from what it traditionally requires. That shortfall will likely come in the summer of 2023, when the region traditionally stocks up supplies for th coming winter.

That gap of 30 bcm represents almost half the supplies needed to refill European storage to the current levels by the start of the 2023 – 2024 heating season, the IEA said.

“With the recent mild weather and lower gas prices, there is a danger of complacency creeping into the conversation around Europe’s gas supplies, but we are by no means out of the woods yet,” said IEA Executive Director Fatih Birol. “When we look at the latest trends and likely developments in global and European gas markets, we see that Europe is set to face an even sterner challenge next winter.”

Government need to immediately accelerate improvements in energy efficiency and accelerate the deployment of renewables and heat pumps. That, and take additional steps to reduce gas demand.

“This is essential for Europe’s energy security, the wellbeing of its citizens and industries, and its clean energy transition,” Birol said.

In March, the IEA released a 10-point plan to reduce Europe’s reliance on Russia’s natural gas and plans to present a similar plant to secure Europe’s gas balance for next winter.

Gas prices on the Dutch Title Transfer Facility (TTF) averaged over EUR 130/MWh (USD 40/MMBtu) so far this year, almost eight times the average between 2016 and 2020. The all-time high prices attracted record LNG inflows to the European Union and the United Kingdom, rising by 65% or over 50 bcm year-on-year in the first ten months of 2022, the IEA reported.

Gas demand in the European Union and the United Kingdom in the first 10 months of 2022 fell by about 10%, or over 40 bcm, compared with the same period a year earlier. This was mainly the result of lower consumption across the residential, commercial and industrial sectors, but it also includes some efficiency gains and behavioural responses to higher prices. It also reflects demand destruction, particularly in gas-intensive industries, the report stated.

As Russian pipeline deliveries fell, other pipeline supplies to Europe rose abruptly. Deliveries from Norway rose by 5%, or 5 bcm, and flows from Azerbaijan through the Trans Adriatic Pipeline grew by nearly 50%, or 3 bcm. In both cases, the pipeline infrastructure is running close to full nameplate capacity. Algeria increased its pipeline supplies to Europe by more than 10%, or 3 bcm in the first 10 months of the year. 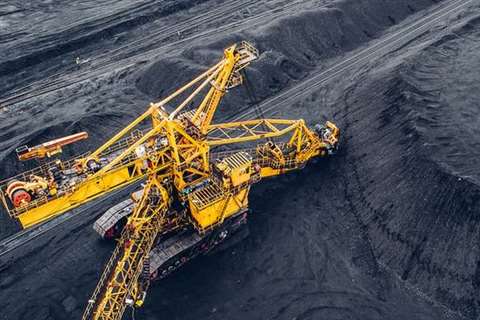