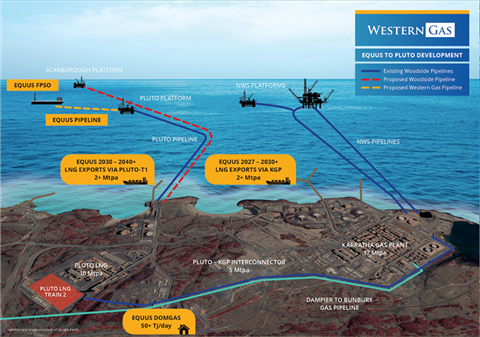 The companies have proposed that Equus gas would be produced on a floating production storage and offloading facility and transported through an approximately 200km pipeline to the Pluto LNG facility.

First LNG for the gas processing opportunity is targeted in 2027, with a target aggregate production of 2-3Mtpa of LNG and 50-75 TJ/d of domestic gas.

“This is an important step in maximising utilisation of our existing infrastructure to deliver domestic gas and LNG to local and global customers and value for our shareholders and community. The proposed gas processing opportunity with Western Gas for the Equus offshore resource demonstrates the flexibility provided by the Pluto-KGP Interconnector, which commenced operations in March 2022, to optimise available capacity at our world-class facilities.”

The Equus Gas Project comprises 11 gas and condensate fields in the Carnarvon Basin, about 200 kilometres north-west of Onslow in Western Australia. These fields contain an independently certified resource of more than 2 Tcf (trillion cubic feet) of gas and 42 million barrels of condensate.

Woodside is the manager and operator of Pluto LNG, with a 90% stake. Other participants are Kansai Electric Power Australia Pty Ltd (5%) and Tokyo Gas Pluto Pty Ltd (5%). 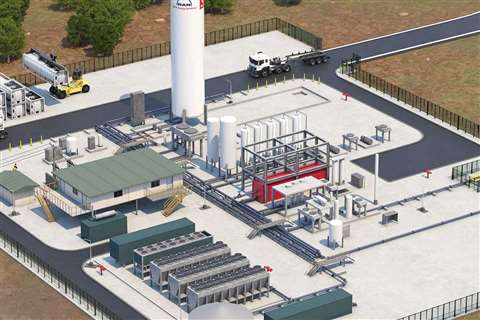