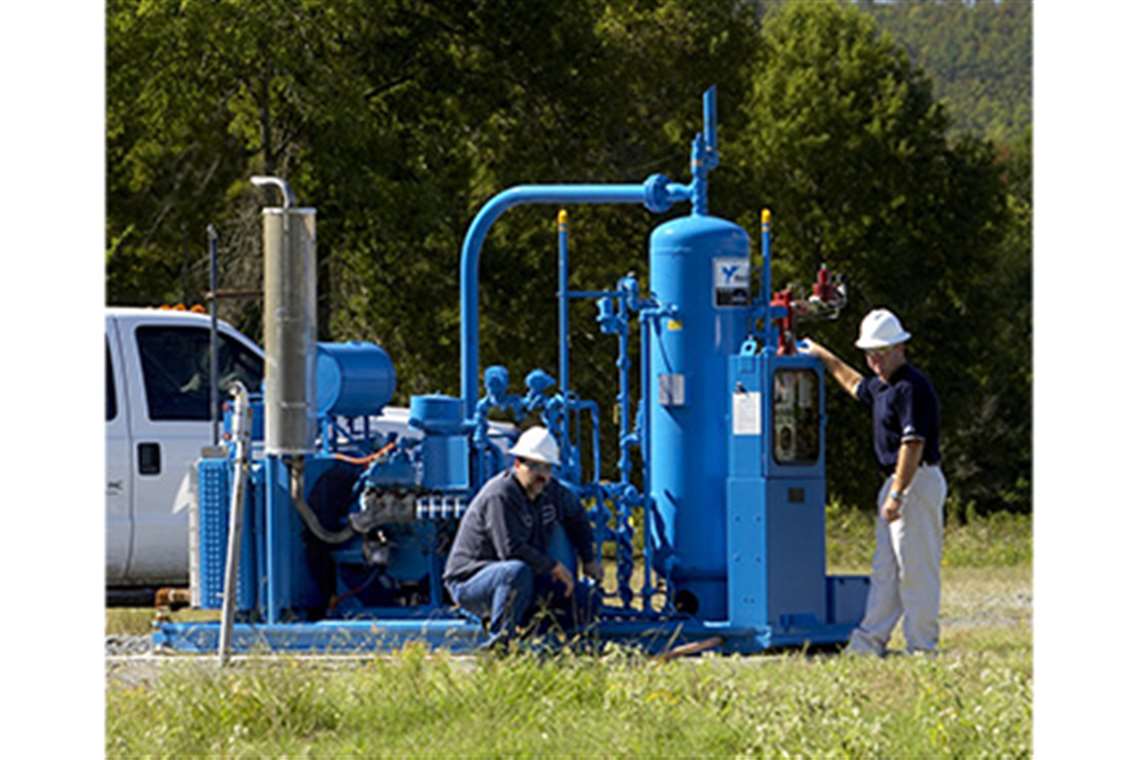 Small-horsepower compression has been a bright spot in CSI Compressco LP’s operations.

Interim President Brady Murphy said strong customer interest in its Gas-Assisted Plunger Lift application has quadrupled the deployment of CSI’s small GasJack units since the beginning of the year.  GasJacks are about 9% of the company’s fleet

“This new application was developed specifically for later-life conventional wells that are typically producing below 100 barrels of oil per day, where large-horsepower compression systems failed to achieve the desired lift efficiency in horizontal wells that will not support rod lift. “Recent case studies have highlighted our success in increasing oil and liquids production by as much as five to ten times, resulting in multiple orders by customers in the Permian and SCOOP/STACK basins,” Brady said.

“While overall drilling and completion spending will likely decline in the coming quarters, oil and gas production is projected to further increase in 2020, which drives demand for our equipment and services,” Murphy said.