At the second day of Gastech 2022 in Milan, Italy, the issues of climate change and securing low-carbon energy supplies dominated discussions among senior ministers and global business leaders in the gas industry.

Renewable energy was the focus of a major panel discussion between innovators and investors in the hydrogen space. Leaders from Eurogas, Saipem, Maire Tecnimont, Baker Hughes and Air Products talked about the industry’s efforts to create a sustainable hydrogen ecosystem. 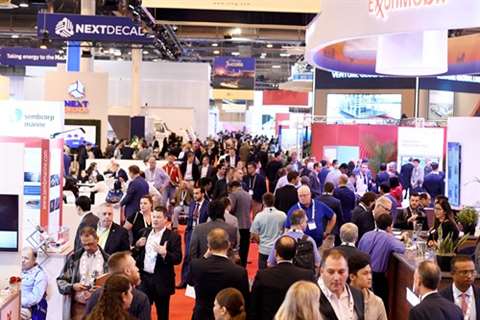 The energy transition and climate change have been hot topics at a very busy Gastech in Milan, Italy. (Photo: Gastech)

“We need to see hydrogen as a commodity that will be internationally traded, and this will require a common understanding of what can be traded and what information will be needed,” said Didier Holleaux, president of Eurogas and executive vice president, ENGIE. “Forget about the color, just think about the CO2 content. In the future, the customer will want to know everything about the origin and nature of their hydrogen.”

“Hydrogen is not a new area,” added Dr. Samir Serhan, COO of Air Products. “There is no doubt that we all need to invest in it to make it more competitive and efficient, but it’s not a new frontier.

“Recently some people have expected the industry to switch everything to green hydrogen, but it’s not yet realistic at scale. That’s why we are investing across the whole rainbow of hydrogen colors. However, there are many incentives for the production of low-carbon hydrogen, and that will give it that extra push to put it at the forefront of supply.”

The role of the sector in the global energy transition was also the central focus of a keynote speech from Christiana Figueres, former executive secretary of the United Nations Framework Convention on Climate Change (UNFCCC) and one of the architects of the Paris Climate Agreement.

In her address, Figueres challenged the energy industry to play a leading role in achieving global climate goals and deliver concerted action on reducing emissions for the benefit of societies across the globe.

“The oil and gas industry stands at the most crucial crossroads of its history,” Figueres said. “Today, corporations understand it is no longer enough to eliminate their negative impact, they must be regenerative – the energy industry is no exception. Social and economic regeneration are the very founding principles that propelled this industry’s growth 100 years ago.

“The energy sector does not need to move away from that foundation, it can stay true to its roots. Every company and every individual in that company must decide how they are going to embark on the energy transition.”

It was acknowledged that the Eastern Mediterranean can make a crucial contribution to meeting not only Europe’s low-carbon energy needs, but also the demands of the global market.

“The beauty of this region is that it can help provide us with optionality,” said Laura Lochman, deputy assistant secretary, Bureau of Energy Resources, US Dept. of State. “Not only in terms of providing additional options for gas for the European region, but also in the development of renewable energy. The Eastern Mediterranean is turning out to be quite the hub for both.” 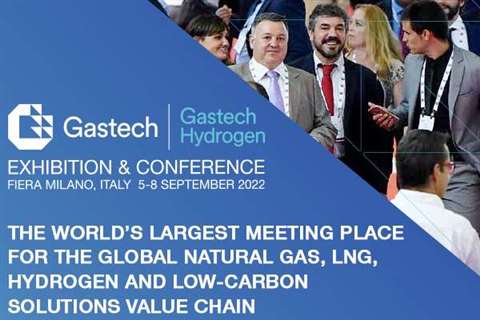 Gastech Postponed Because Of Covid-19
Event, originally scheduled for September, will move to 2021