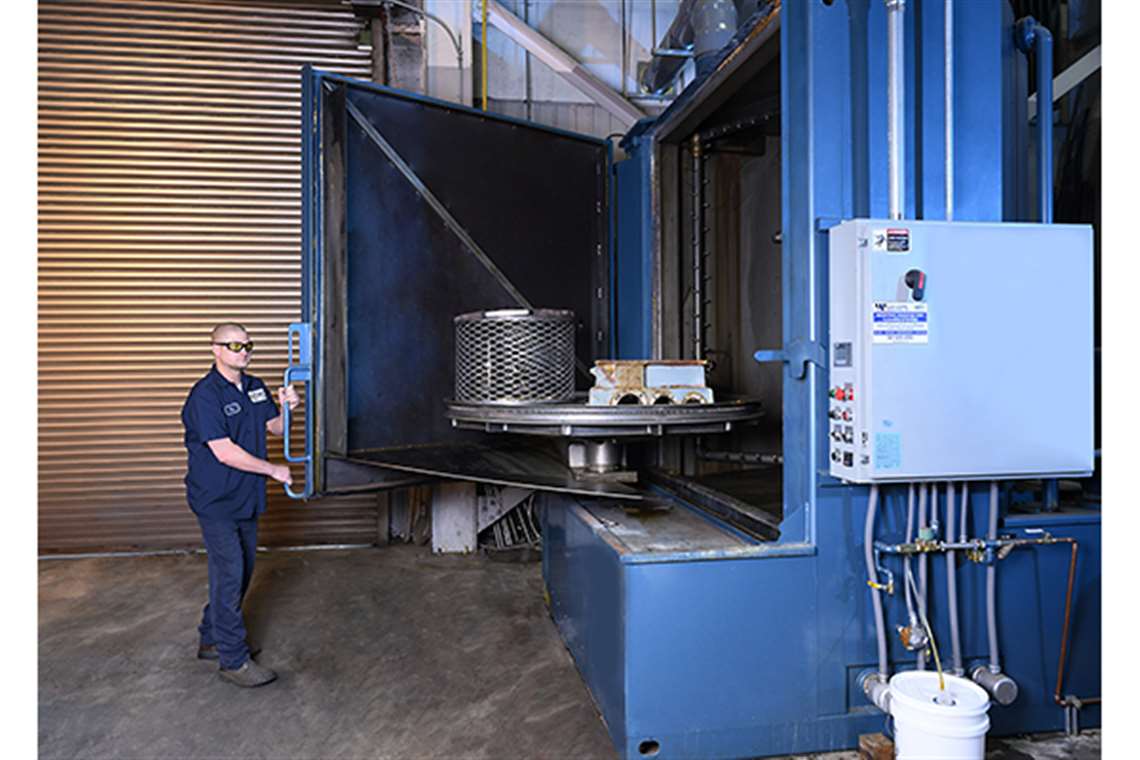 The Timken Co. announced that renovations are complete and new services are operational at the Philadelphia Gear Southeast Regional gear repair facility in Birmingham, Ala. The expansion project included an isolated assembly bay, the addition of a retractable paint booth and a large industrial parts washer, all designed to facilitate a “clean assembly” environment.

“We evaluated our operation from the ground up,” said Jay Alexander, manager of the Philadelphia Gear manufacturing and service center. “Our renovated facility is streamlined to simplify production and improve efficiency, and more importantly, expand our service offering.”

The newly renovated assembly bay features 3,500 sq. ft. of isolated assembly space, new floors and a crane system capable of handling up to five tons.  The portable, retractable paint booth includes an integrated air filtration system that can expand to 400 sq. ft. to accommodate all sizes of gearboxes. The paint booth addition is an environmental and quality improvement in the painting process.

The other major investment was a large industrial parts washer that can hold gearboxes and components up to 7000 lb. It incorporates a 72 in. turntable, 150 psi of washing pressure and 180º F washing temperature. This unit will reduce cleaning time by four hours per gearbox over manual methods and eliminate the need for outsourced sand or bead blasting, the company said.

“We’re excited about the improvements in our Birmingham location,” said Alexander, adding it would “provide even better, ‘cleaner’ services for customers across all markets. We are committed to our goal of becoming the trusted, full-service advisor for gearbox repair and service in the Southeast.”

Part of the Timken Co. since 2011, Philadelphia Gear Philadelphia Gear offers extensive expertise in the service and manufacture of power transmission equipment, including gears, new and replacement low- and high-speed gearboxes and variable speed clutches for a range of industries such as oil & gas, power generation and petrochemical. The company also specializes in marine power transmission systems for military and commercial vessel applications.