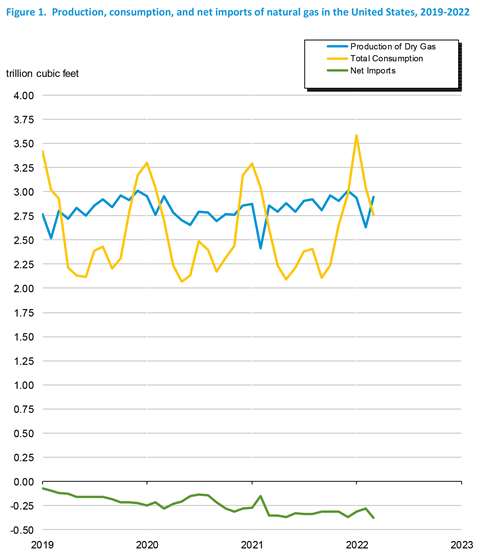 The total for March, which was released recently in the agency’s monthly overview, was the 12th consecutive month that production had increased from the prior year.

Net exports (exports minus imports) were 12.2 Bcf/d in March, the highest since the agency began tracking imports and exports in 1973. Net exports included total exports of 20.6 Bcf/d and total imports of 8.4 Bcf/d. Exports of LNG were 13.4% higher than one year earlier.

Most of those exports were from LNG terminals, which sent 11.7 Bcf/d of LNG to 28 countries.