Wärtsilä selected SIAD Macchine Impianti (SIAD MI) to design and build a booster compressor for a floating production storage and offloading (FPSO) unit operating in the offshore area of Foinaven, west of the Shetland Islands. 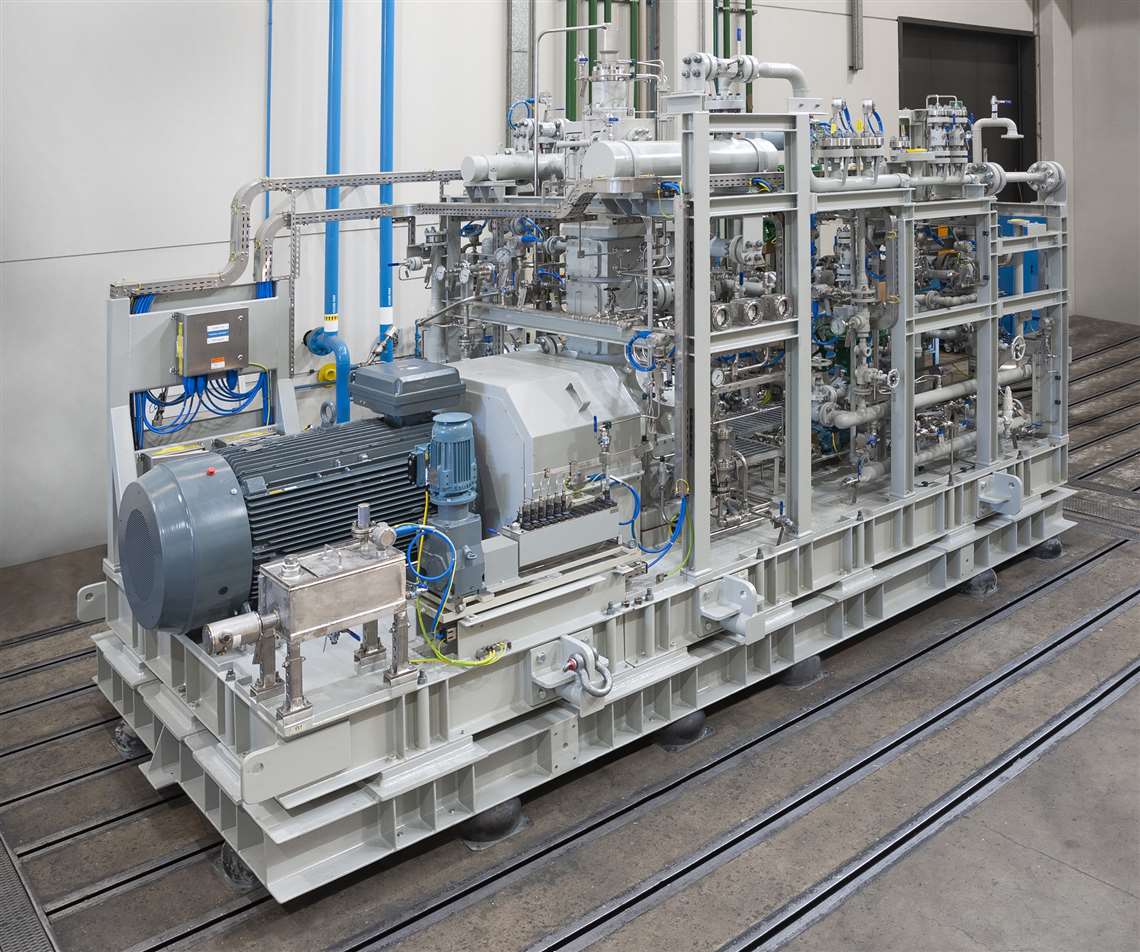 The booster compressor required specialized customization due to the installation conditions, SIAD MI said. The company’s engineers had to adapt the compressor design to the FPSO’s tight spaces, while still ensuring it could reach 5221 psi (360 bar). Other customizations included special components and materials to cope with the high pressures involved on the FPSO, as well as vibration dampers on the skid to reduce the impact of compressor vibrations, the company said.

During installation, and because of limited space, SIAD MI had to divide the compressor booster into two sections. First, the company lowered a vertical base with vibration dampers. Then SIAD MI installed two separate skids. The first included the bare compressor, the pipes and the instrumentation; the second contained the electric motor. SIAD MI then combined the two parts into a single system.