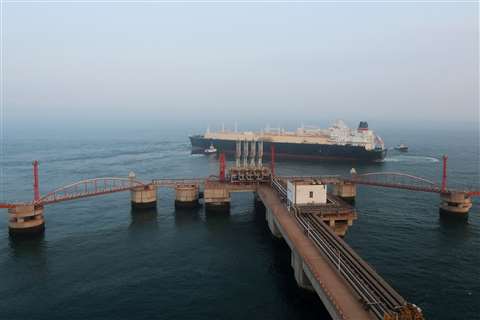 The number of long-term contracts for liquefied natural gas (LNG) more than doubled in 2021, following a drop in 2020 when importers favored short-term spot contracts, according to a report from survey firm GlobalData. The report noted that purchasing companies signed 23 long-term contracts in 2021, up from 10 the previous year.

“Buyers are, once again, looking towards long-term contracts to hedge price volatility and ensure guaranteed supply. The trend is expected to continue in 2022 as LNG prices in key markets such as Asia and Europe continue to be very high,” said Bhargavi Gandham, oil and gas analyst at GlobalData.

GlobalData’s latest report, ‘Long-Term LNG Contracts Review, 2021’, reveals that the biggest long-term LNG contract signed this year was between Qatar Petroleum and CNOOC Ltd in September 2021. Under terms of that contract, Qatar Petroleum will supply 3.5 million tonnes per annum (mtpa) of LNG from 2022 to 2036 from the country’s Ras Laffan III liquefaction terminal to Chinese state-held CNOOC Ltd.

The report also confirms that China-based Sinopec Corp signed the most long-term LNG contracts in 2021, gaining 5 mtpa of imported LNG.

“In terms of LNG purchase, the majority of long-term LNG contracts completed by Sinopec were signed with Venture Global LNG as part of China’s efforts to reduce the country’s carbon emissions. The country needs to substantially increase natural gas share in its energy mix in order to achieve its goal of becoming carbon neutral by the year 2060,” Bhargavi said.

“State-owned companies in Qatar have mostly signed long-term LNG contracts in 2021 to supply key demand centers in Asia such as China and South Korea. These companies can sign more contracts in 2022 as the global economy recovers driving further LNG demand,” Bhargavi said. 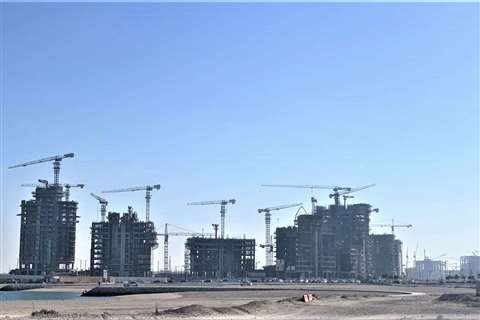 Tower cranes deployed on Qatari mega project
Considering the differences of tower cranes at work, as well as the size and layout of the jobsite, one of the key aspects was a study of the positioning of each crane to avoid jib clashing