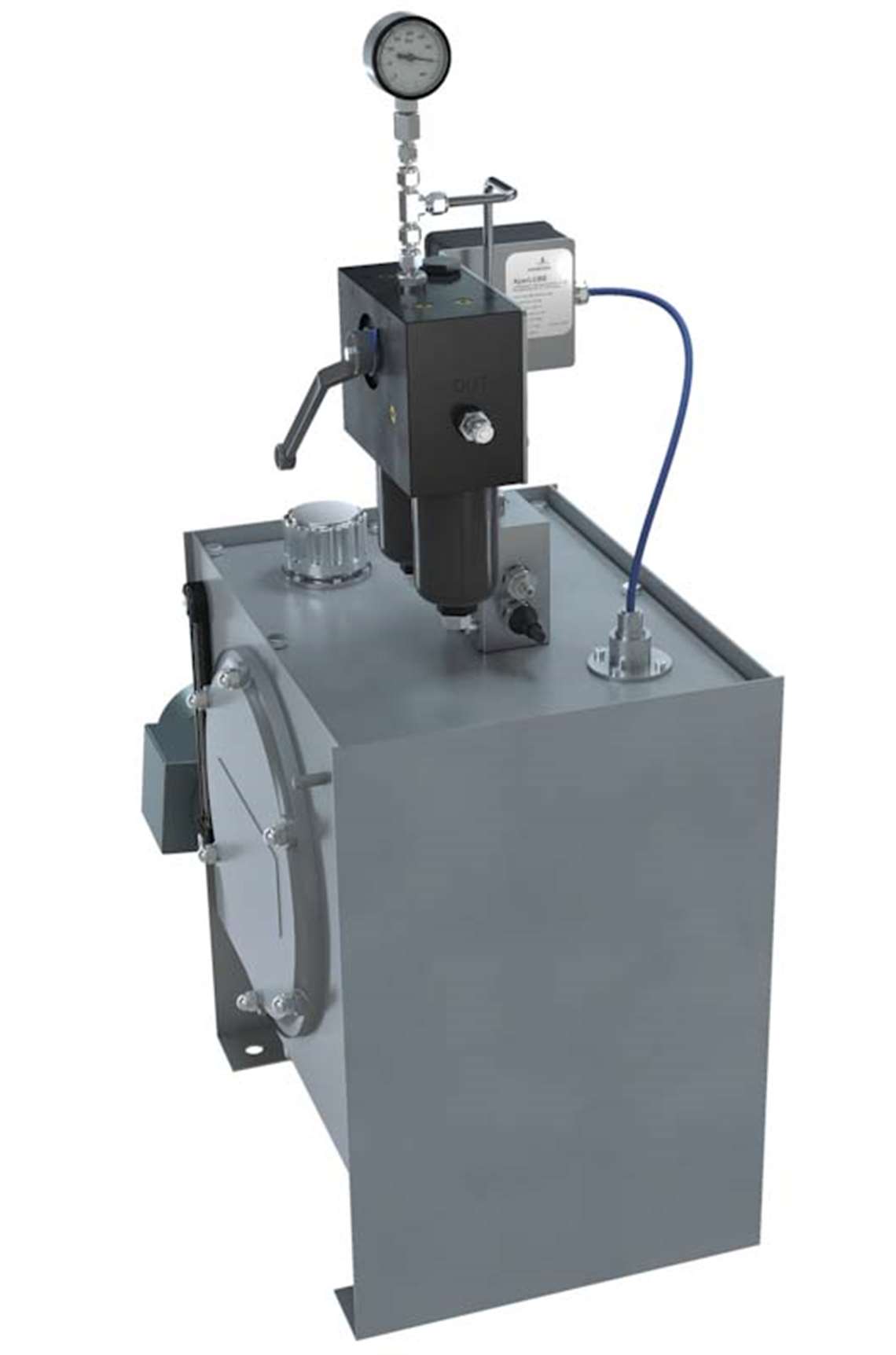 The full certification – NEC Class 1, Division 2 Groups B, C and D – allow the system to be used in reciprocating compressors in all natural gas applications, all refinery applications and most gas environments.

XperLUBE has gained traction in these same applications throughout Europe and Asia since its initial release in 2017. It is under consideration in South America and the Pacific Rim. There are 17 systems running successfully with an additional six installations scheduled by the end of 2019.

Comprised of three components – a control unit, hydraulic power unit and the injectors – the system works with all gases and discharge pressures up to 5400 psi (372 bar), as well as all viscosities of oil.

Users can set the frequency of delivery and the amount of oil per injection. Several subroutines are a part of the system, such as increasing oil capacity to other injectors if another fails and reducing lubrication to a cylinder when the capacity is cut.

XperLUBE also can be retrofitted into existing compressor applications due to its standardized and modular framework. Users can have it installed as a stand-alone system or connect it to their plant’s distributed control system (see COMPRESSORTECH2, Nov. 2017, p. 16).