Excelerate advances in the process to lease Bahia LNG terminal 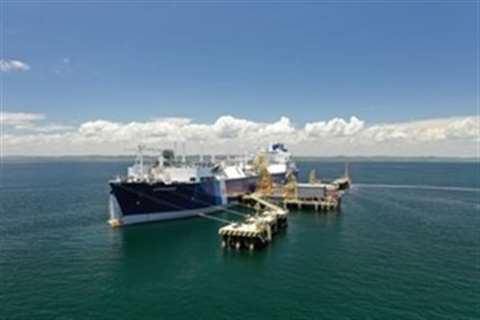 Excelerate Energy LP announced that it has successfully concluded with Petrobras the negotiation stage of the tender process for the lease of Bahia Regasification Terminal on Brazil’s northeast coast.

Once the financial and legal qualification and certification stages have been concluded and all necessary regulatory approvals have been obtained, Excelerate will start importing LNG and selling regasified natural gas to its Brazilian customers.

“Petrobras’ decision to advance in the tender for leasing the Bahia Regasification Terminal to Excelerate is an important milestone in the process of promoting competition in the Brazilian natural gas sector. We understand that increasing access to flexible LNG supply is critical to stabilizing Brazil’s energy system, especially during adverse weather events such as the current severe drought,” said Steven Kobos, president and CEO of Excelerate.

“Petrobras has trusted Excelerate with critical services for years, and we expect to continue to support Petrobras’ efforts to increase LNG access for the Brazilian energy market. We are proactively engaging with customers to assess their natural gas requirements and coordinating with Petrobras to ensure a timely and seamless transition of service.”

If the deal moves ahead, Excelerate will take control of the terminal by the end of the year, Argus Media reported.

Excelerate Energy LP is an LNG company located in The Woodlands, Texas. It is part of a privately held U.S. energy group founded by George Kaiser. Excelerate provides integrated services along the entire LNG value chain. Excelerate offers a full range of floating regasification services from FSRU to infrastructure development to LNG supply.