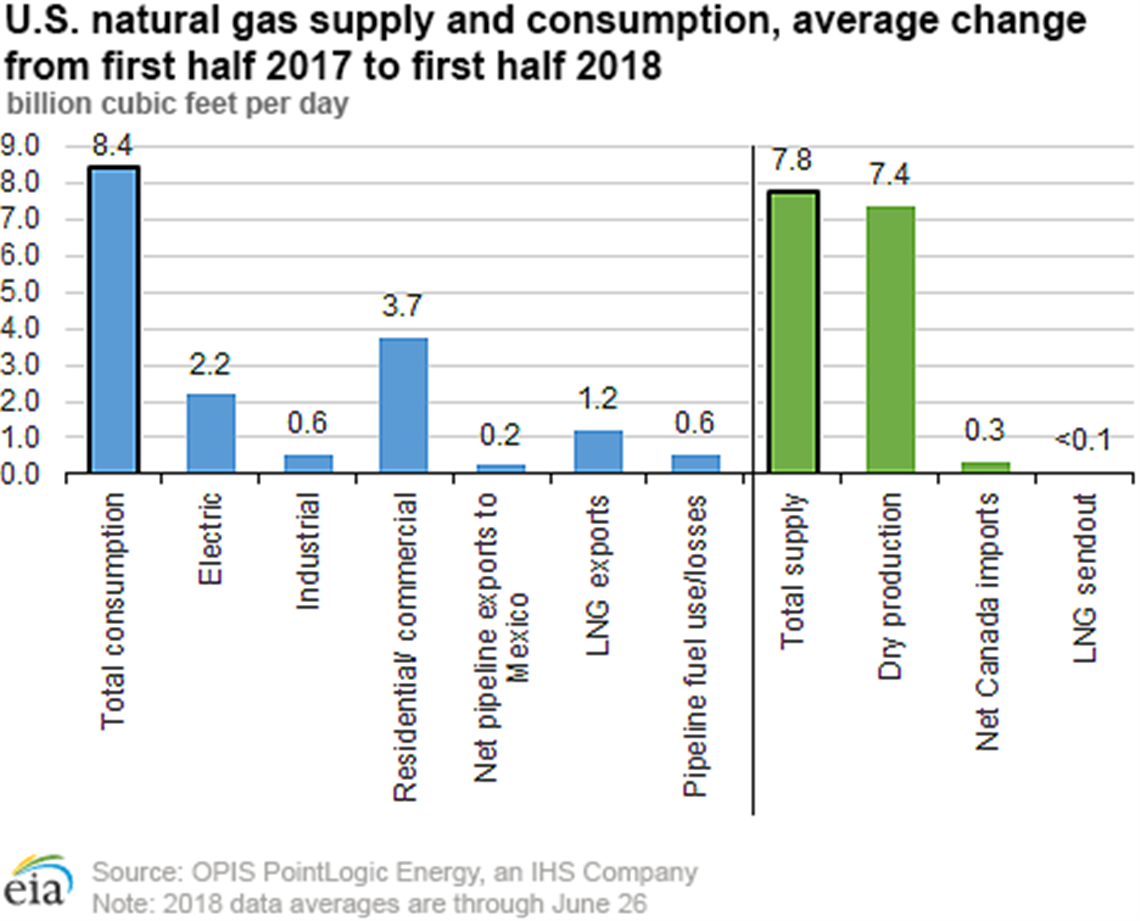 The volume of natural gas used for electricity generation (power burn) during the first half of the year increased by 2.2 Bcf/d (9%) from 2017 to 2018. Power burn is also related to temperature, as hot weather increases electricity consumption for air conditioning. However, 2018’s higher power burn was not a result of hotter temperatures; the number of population-weighted cooling degree days (CDD) in the first half of 2018 was similar to the first half of 2017, the EIA said. Instead, the increased power burn may have resulted from the increased buildout of natural gas-fired power plants, continued coal-to-gas switching, and the use of electric heating during the cold weather.

The increase in natural gas supply was driven by dry production, which rose 7.4 Bcf/d (10%) from the same period last year. Production increases were facilitated by the additional pipeline capacity brought into service since June 2017, including the Leach XPress, the Rover Pipeline, and Phase 1 of Atlantic Sunrise. Net pipeline imports from Canada increased slightly, likely related to the colder weather.

Overall, consumption increased 0.7 Bcf/d more than supply. This market tightening was reflected in the large storage withdrawals this year and the current low levels of natural gas in storage relative to the five-year average, according to the EIA. 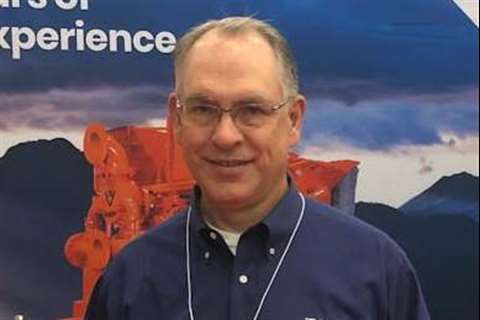 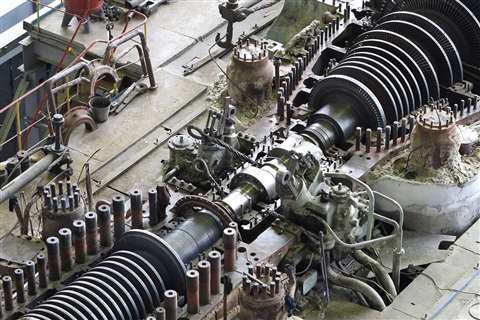