Archrock (NYSE: AROC) reported solid results in Q2, with significant gains in the company’s revenue, net income and adjusted EBITDA when compared with the same period one year earlier.

“Demand for our large midstream compression accelerated across geographies, customers and horsepower categories during the second quarter,” said Brad Childers, Archrock’s president and CEO. “Compared to the first quarter, we grew our operating horsepower by 100,000, adjusted for asset sales, and our horsepower utilization improved meaningfully to 87% at the end of June.”

Archrock has the largest fleet of large horsepower equipment among all outsourced compression service providers in the U.S. As of December 31, 2021, 80% of its fleet was comprised of units that exceed 1000 horsepower per unit.

Archrock’s year-to-date booking activity has doubled compared to the same period in 2021, he said.

“In aftermarket services, we delivered sequential revenue growth of nearly 50% with solid gross margins as our customers began catching up on deferred maintenance and as industry-wide labor scarcity is driving encouraging outsourcing trends for this work,” Childers said.

“We continue to be excited about the outlook for our business despite near-term challenges and uncertainties that have emerged for the global economy, including intense cost inflation,” he said.

Archrock said in the near-term capacity across the industry will remain limited because of strict capital discipline and extending lead times for new large horsepower units.

“In the coming quarters, we intend to reclaim the increasing costs we are currently experiencing as we raise pricing on our installed base of operating horsepower, which we believe will translate into improved financial performance in 2023,” he said. “Through the cyclical noise, we believe the impact of recent and unfortunate geopolitical conflicts will be lasting, resulting in significant and sustained demand for abundant, affordable and cleaner U.S. natural gas, and therefore, compression.”

For 2Q22, revenue from Archrock’s contract operations segment totaled $166.3 million, up from $163.9 million a year earlier. Total operating horsepower was 3.3 million at the end of Q2, and reflected the sale of 161,000 active horsepower as part of the company’s initiative to upgrade its fleet.

Archrock’s fleet utilization at the end of Q2 increased to 87% from 82% a year earlier. Q2 revenue from Archrock’s aftermarket services segment totaled $49.5 million, up from $31.8 million the prior year. The growth stems from higher customer demand for parts and maintenance services, Archrock reported.

For all of 2022, Archrock expects net income between $18 and $38 million and adjusted EBITDA between $330 and $350 million. Its expected contract operations revenue should reach between $675 million and $685 million.

The majority of Archrock’s growth capital expenditures are related to the acquisition cost of new compressors when its idle equipment cannot be reconfigured to economically fulfill a project’s requirements. Any new compressors are expected to generate economic returns that exceed the company’s cost of capital over the compressor’s expected useful life.

In May, Archrock closed the sale of certain contract operations customer service agreements and approximately 380 compressors, comprising approximately 70,000 horsepower, used to provide compression services under those agreements, as well as other assets used to support the operations.

The company said in its 2021 annual report that it the trends driving the demand for large horsepower units will continue. Those trends include high levels of associated gas production from shale wells, pad drilling, longer lateral lengths and high probability drilling programs.

Earlier this  year, the company also announced plans to buy a 25% equity stake in Ecotec International Holdings, which makes methane emissions monitoring equipment used in the oil and gas industry. 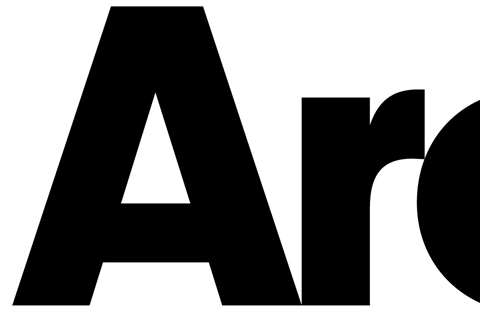