This paper was first presented at the Gas Machinery Research Council 2021 Gas Machinery Conference in Louisville, Kentucky in October 2021. Because of the original length of the paper, it has been divided into four parts. The final segment is published here.

The third primary control type is Direct Torque Control (DTC), which is also a closed loop control system. This is a type of control known as hysteresis or “bang-bang” control. In hysteresis control, a narrow band is placed around the desired value of the regulated variable.

As long as that parameter is within the designated band, no action is taken. But, as soon as the parameter strays outside of that band, the control system jumps into action to return it to its desired value.

In DTC, there are actually two controlled parameters – stator flux and motor torque. Thus, this control system has two hysteresis bands – one for flux and the other for torque. Like vector control, this system also employs a motor model and is closed loop, in that both the phase currents and voltages are measured.

Unlike vector control, the large majority of DTC systems operate without any measurement of rotor speed or position. Since DTC also controls the voltage vectors being fed to the motor, it is technically a form of vector control.

Both vector control and DTC provide much better dynamic performance than does scalar control. If it is desired to use the control system to damp out torsional vibration (which has been successfully accomplished), one of these two systems must be used – scalar control is not an option. Although the various providers of these systems claim that their system provides the best dynamic performance, Holopainen, et. al. [19] state that the two systems provide fairly equivalent dynamic characteristics.

Regardless of which type of control system is employed, a key characteristic of it is its torque control bandwidth. A control’s bandwidth, which is given in Hz, is the max frequency that a control can accurately “follow” changes in the desired torque. Bandwidth is essentially a measure of the control’s responsiveness, with a higher value being better.

It is common practice to define the bandwidth as the highest frequency at which the response decreases by less than 3 dB. For modern systems, the bandwidth typically falls between 20 and 200 Hz. The lower extremes are usually associated with LCIs while the higher numbers can only be achieved with VSIs using vector control or DTC.

Now that the reader is acquainted with some of the control system basics, we can address the main point of this section – control instability. Rotondo, et. al. [31] describe the instability mechanism as follows. Torsional vibration in the drive train results in an oscillation in train speed.

If the torsional mode that is excited is active in the motor core region, there is an accompanying variation in motor speed. This variation is seen by the electrical system as a fluctuation in counter electromotive force (EMF) within the motor. The EMF variation is followed by a pulsation in the motor current.

Since motor torque is proportional to current, a torque oscillation follows, and this is seen by the control system as a disturbance in the torque control loop. What happens next depends on the dynamics of the entire system. The disturbance can be attenuated or it can be amplified. If the latter, a mechanical failure within the train can result.

Since this phenomenon almost always occurs at one of the train’s torsional natural frequencies (usually the first), the behavior of the control at these frequencies is critical. Some control systems will dissipate energy at those frequencies, leading to a stable system. On the other hand, some units will add energy at one or more of those frequencies, potentially creating instability and mechanical failures in the train components.

Del Puglia, et. al. [10] point out that this is where the concept of bandwidth can be a double-edged sword. Although most think a control having a larger bandwidth is better, that does not come without a price. As they point out, any natural frequencies that are within the torque control bandwidth are candidates for instability. Thus, the larger the bandwidth, the more torsional modes that need to be worried about. This is not a great concern, nevertheless, since instability almost always involves the first two torsional modes, primarily the first.

Although the majority of the controls discussion has involved VSIs, that is not to imply that instability problems only occur with drives of the VSI type. On the contrary, Del Puglia, et. al. [10] give an example where an instability in a CSI led to unacceptable torsional vibrations. Since the mode that went unstable was the second, this is one case in which the instability did not involve the first mode.

On the flip side, along with creating torsional problems via instability, VFD control systems can also be used to provide electrical damping to damp out torsional modes (once again, usually the first mode). This concept, which also requires a sophisticated E/M simulation to design, has been proven out by a number of researchers, including Maragioglio, et. al. [28], Sihler, et. al. [33], Sihler, et. al. [34], and Bruha and Peroutka [6]. In general, in order for a control to be effective at damping out a torsional mode, its bandwidth must be at least twice the natural frequency of the mode in question.

Usually, the damping can be done by tuning the speed controller properly. Myszynski and Deskur [30] provide rules for tuning the commonly used PID (proportional plus integral plus derivative) speed controller to damp resonances in a three moment of inertia mechanical system. Of course, the use of the control system to damp out torsional modes, while undeniably achievable, is far more the exception than the rule for field units.

The bottom line of this section is the reader should at least be aware that control instability can cause torsional failures when there is a VFD in the system. Unfortunately, there is not much that can normally be done to predict/prevent it in the design phase. However, it is useful to keep in mind that such problems are more likely to occur with vector control or DTC than with simple scalar control.

Practical methods for dealing with VFDs

In a perfect world, performing a torsional analysis on a system being driven by a VFD would be fairly straightforward. The VFD supplier would supply the analyst with all the excitation amplitudes and frequencies that the VFD generates and the analyst would then use them in a conventional torsional analysis, as outlined herein.

But, in the author’s experience, the scenario described above occurs in a very small fraction of real world situations. De la Roche and Howes [9] confirm that they have had similar experiences, as they state that, “Two different VFD manufacturers in these cases were reluctant to admit that mechanical vibration problems can be caused by the electrical side of the system. This experience suggests that most VFD manufacturers will behave the same way.”

The realities are as follows:

Using the above assumptions, the analyst should analyze the train in the usual manner. If the train is capable of handling the assumed conditions, then it can be considered capable of handling inter-harmonics. If not, then the assumed situation should be presented to the VFD supplier and assurances sought that the analyzed condition will not actually occur in the field.

It should be noted that the 3.0% and 1.0% values given above only apply to drives produced by “reputable suppliers” (i.e., the well-known names in the field). If the drive was supplied by some fly-by-night operation, the inter-harmonic excitations could very well be higher than those values. The author is currently working on a project where that is precisely what happened.

The author is not alone in using this approach as Ganesan, et. al. [16] recommend a similar procedure. They state, “If intersections of the torsional modes with LCI drive excitation frequencies are identified, the following investigations may give a clear picture – check the drive train integrity by using a drive supplier independent worst case value of 2% for the excitations. #

This can be performed by the OEMs without any input from drive suppliers for the LCI drive. If the drive train integrity is intact with the worst case excitation magnitudes (indicative value of 2% independent of the interharmonic frequency), then the risks of failures due to torsional problems are very low. If the stress levels on the drive train components are higher than the threshold limits for worst case excitation magnitudes, detailed analysis should be performed by the drive suppliers and the OEMs. The drive suppliers should calculate the project specific air-gap interharmonic torque excitations.”

Thus, with that clarified, when there is a VFD in the system, the following courses of action are recommended:

In this paper, VFDs have been described and the manner in which they complicate a torsional analysis has been explained. The biggest issue VFDs introduce is they often generate torsional excitations that have amplitudes and/or frequencies that were unexpected during the design phase. A method that the author has used for years to get around these limitations is provided in the hope that users will utilize it to avoid running into field problems.

Although a lot of ground has been covered, the primary points that the reader should remember are as follows:

Part one is available here 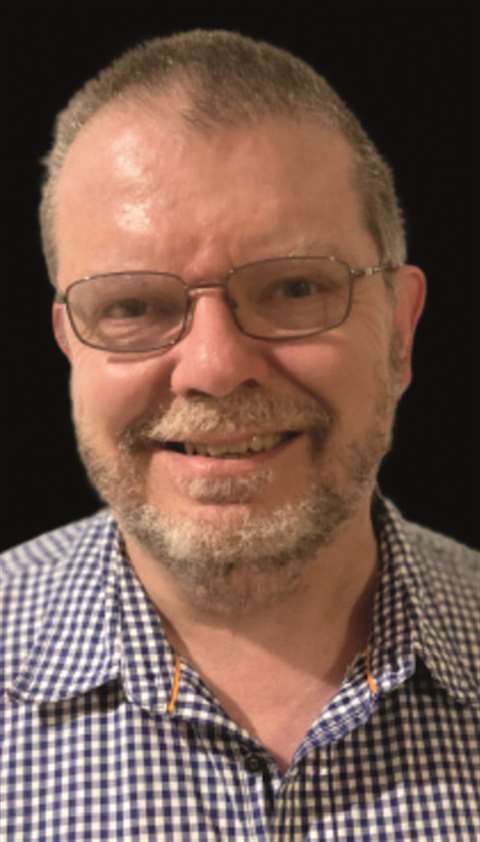 Mark A. Corbo, P.E. is the president and chief engineer of No Bull Engineering, a high technology engineering/consulting firm located in Bradenton, Florida. In this position, he provides rotordynamics and torsional vibration analyses to various clients in the compressor industry. Corbo has B.S. and M.S. degrees (Mechanical Engineering) from RPI. He is currently serving as the Torsional Vibration Chair on the API 684 Rotordynamics Task Force. His week-long training course, “Practical Rotordynamics for Real Machinery,” which he collaborates on with two other consultants, is considered by many to be the finest in the world.