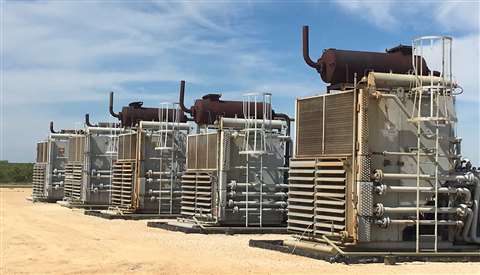 Park Energy Services has completed its second acquisition in less than a year with the purchase of substantially all the assets of San Antonio, TX, based Great Texas Compression. Terms of the acquisition were not disclosed.

The transaction enhances Park’s position in South Texas, expands its customer base and enhances its service capabilities, the company said. Park provides compression for well head, gas-lift, vapor recovery, flash gas and other production applications. It helps customers reduce emissions through the capture of hydrocarbon vapors that would otherwise be vented or flared.

Park Energy Services is based in headquartered in Oklahoma City, Oklahoma. It operates a fleet of over 1700 compressor units in major producing basins of Texas, Oklahoma, Pennsylvania, Ohio, New Mexico and Colorado. Park is a portfolio company of Rock Hill Capital, a Houston, Tx-based private equity firm that invests in small-to-lower middle market companies located in the South and Southeast United States.

Great Texas Compression was formed in April 2010. It leases compressors ranging from 26hp to 690hp and is growing by two to four compressors per month. It operates in 30 counties in South Texas.