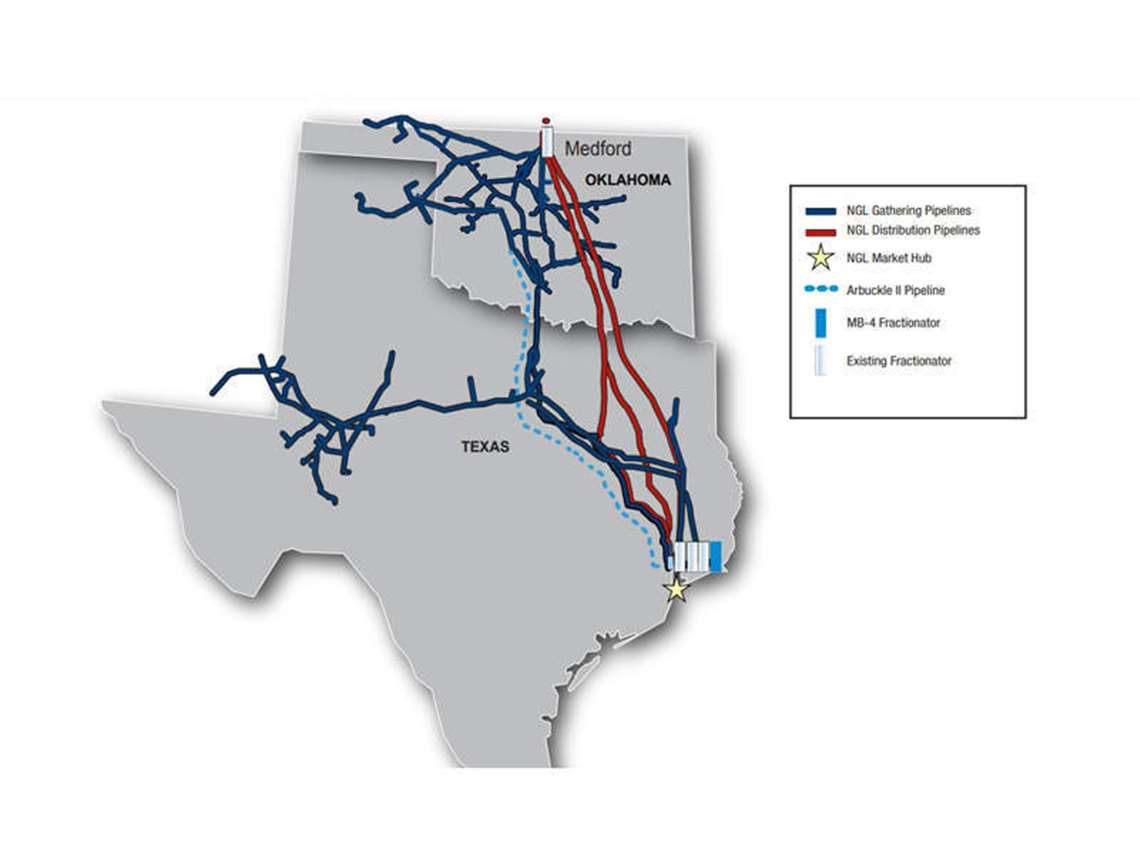 ONEOK, Inc., the Tulsa, Okla.-headquartered midstream service provider and owner of one of the nation’s largest natural gas liquids (NGL) systems, has announced plans to expand its gas and NGL infrastructure between now and 2021. The expansions include:

– A 200 MMcf/d expansion of the Bear Creek natural gas processing facility and related infrastructure in the Williston Basin.

– A 40,000 bpd additional expansion of the West Texas LPG pipeline in the Permian Basin.

These projects are expected to be financed with cash generated from operations and short- and long-term borrowings. ONEOK continues to expect no equity issuances.

The Bear Creek natural gas processing facility expansion and related infrastructure in Dunn County, N.D., are expected to cost a total of approximately $405 million and be completed in the first quarter of 2021. The expansion is supported by acreage dedications with primarily fee-based contracts.

ONEOK’s Williston Basin natural gas processing capacity will increase to more than 1.6 bcfd following the completion of the Bear Creek expansion. The expansion is expected to produce approximately 25,000 bpd of NGLs in ethane rejection, resulting in 225,000 bpd of raw feed contracted since the announcement of the Elk Creek Pipeline.