Kinder to proceed with TGP enhancement 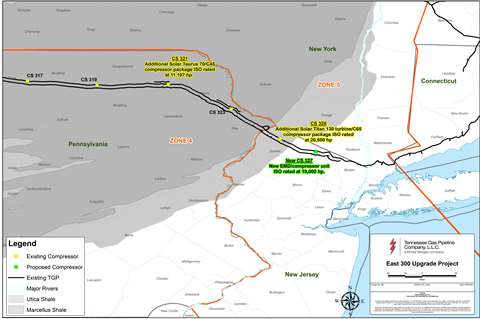 Kinder Morgan has received authorization from the Federal Energy Regulatory Commission (FERC) to begin construction of a new compressor station and to overhaul a second on the Tennessee Gas Pipeline (TGP.)

The TGP is an approximately 11,760-mile pipeline system that transports natural gas supplied from the Northeast U.S. to markets in the Northeast, Louisiana, Texas Gulf Coast and Mexico.

Kinder Morgan, which owns the TGP, has said the East 300 Upgrade Project will increase the pipeline’s capacity by 115,000 dekatherms per day to meet the needs of Consolidated Edison, one of its major shippers.

In addition to boosting the line’s transportation capacity, the project will increase access to natural gas markets and eliminate capacity constraints in the region, particularly during periods of peak demand, Kinder Morgan has stated.

It also includes the construction of one new electric-driven compressor station along TGP’s existing 300 Line in the Township of West Milford in Passaic County, New Jersey. The proposed site for the new compressor station is a previously disturbed industrial parcel, formerly used as a quarry and other industrial and commercial purposes, Kinder Morgan said.

Pending the receipt of all required permits, Kinder Morgan has said the upgraded pipeline will be put into service in November 2023. 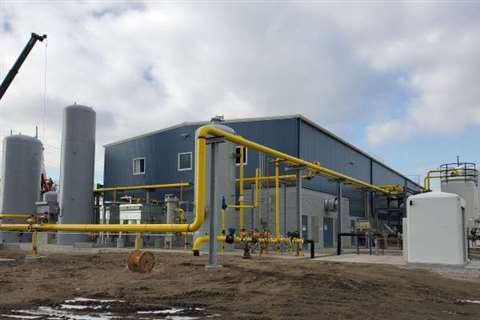