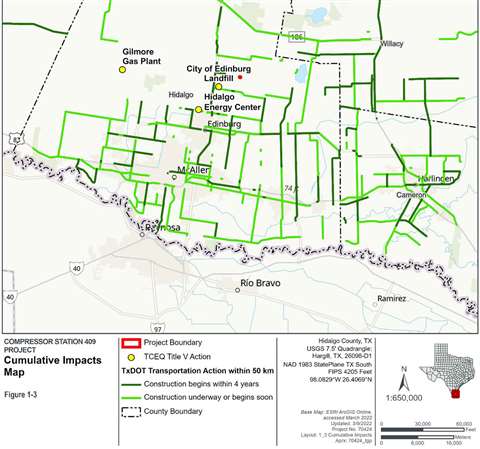 The Tennessee Gas Pipeline Company has requested authorization from the U.S. Federal Energy Regulatory Commission (FERC) to install a new gas driven compressor package in South Texas to boost capacity in the region.

Tennessee, a division of Kinder Morgan, wants to install a 5000hp Caterpillar 3616 gas driven reciprocating compressor package, and all the associated piping, valves and ancillary equipment, at its Compressor Station 409 in Edinburg, Texas. In addition, Tennessee wants to boost firm north to south firm transportation capacity in its network by 69,500 dekatherms/d to enable the company to ship more gas to the region around Agua Dulce, Texas and the Mexico border.

Tennessee’s application states that it plans to begin construction 3Q22 and expects to complete construction within one year. The project is expected to cost $23.2 million. The site occupies 8.95 acres, but the company said it will need an additional 1.64 acres of adjacent land to complete the project.

The compressor station currently has two 4735hp Caterpillar G3616 compressor engines and a 1000hp backup generator engine. The project will increase the horsepower at the station by 5000hp and increase the total capacity to 14,470hp, the company stated in its application.

Tennessee said the extra power is needed to accommodate a request from Mex Gas, a natural gas distribution company and current shipper, to extend its firm transportation path for 62,000 Dth/d of capacity that it has on Tennessee’s current pipeline system.

In addition to the additional horsepower, Tennessee also proposes to install an emergency generator with a weather enclosure, a lube oil tank, a gas cooler, jacket water coolers, a new motor control center building and to replace the existing gas skid. It also wants to modify the existing station blowdown pipeline and to replace 96 compressor valves and volume pockets on the current two compressor units. 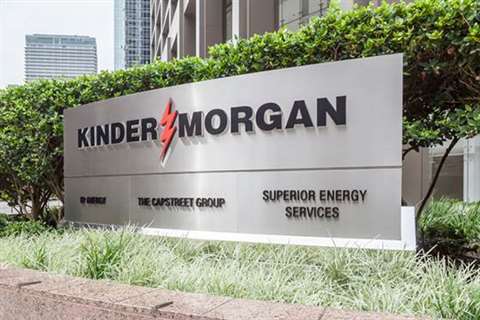