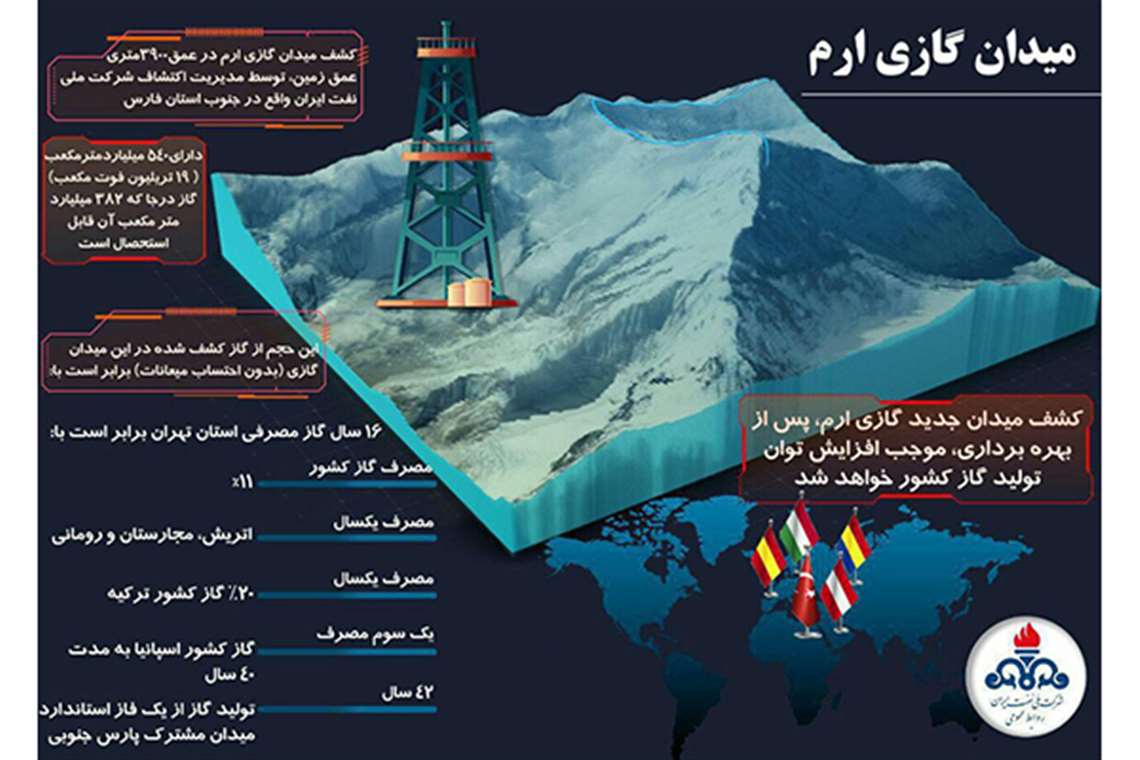 Iran announced that it has discovered a new natural gas reserve with the capacity to produce nearly 400 million barrels of gas condensate, which could generate a total of $40 billion, CNN and Iran’s Mehr news agency has reported.

The Eram natural gas field is near the Persian Gulf in the southwestern province of Fars and holds about 19 tcf of gas according to Reza Dehghan, deputy managing director of the National Iranian Oil Company.

“We have the potential to identify more undiscovered oil and gas reserves by using geophysical exploration techniques and discovery drilling and will definitely add to Iran’s national wealth,” Dehghan said.

Dehghan said Iran is ranked fourth among countries with the largest proven oil reserves in the world, with 159 billion barrels of recoverable hydrocarbons.