Freeport LNG to restart in mid-December 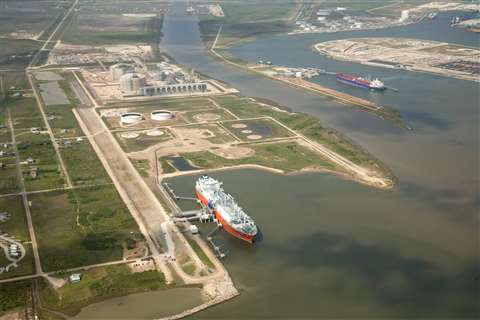 Freeport LNG Development said the reconstruction work after a fire earlier this summer is 90% complete and that it planned to restart operations in mid-December. The announcement was the latest in a series of delayed restarts at the 15 mtpa LNG export plant.

No one was injured when a fire occurred at the facility on June 8, but the plant shut down operations after the incident. Restoration work needed to restart initial operations includes utilization of all three liquefaction trans, two LNG storage tanks and one dock. That work should be completed by the end of November and the plant should start initial production by mid-December, provided it gets approval from all relevant regulatory agencies, the company said.

It is expected to restart slowly, with each train starting separately before the subsequent train. It will not reach production of 2 Bcf/d until January. Full production utilizing both docks should start in March 2023, the company said.

“Our teams have worked diligently over the last several months alongside regulators to ensure the safe restart of our facility. I am immensely grateful for their efforts,” said Michael Smith, founder, chairman and CEO. Freeport LNG is an LNG export company based in Houston, Texas. The company’s three train, 15 MTPA liquefaction facility is the seventh largest in the world and second largest in the U.S. Freeport LNG’s liquefaction facility is the largest all-electric drive motor plant of its kind in the world.

The facility’s electric drive motors reduce carbon emissions by over 90% relative to gas turbine-driven liquefaction facilities. Freeport plans to expand by adding a fourth liquefaction train, which has received all regulatory approvals for construction.

The company hired an independent third-party to review the root cause of the incident, which found that the direct cause was the isolation of a piping segment containing cryogenic liquefied natural gas (LNG) without proper overpressure protection. The LNG warmed and expanded because of exposure to ambient conditions, which resulted in a boiling liquid, expanding vapor explosion (BLEVE), the company said.