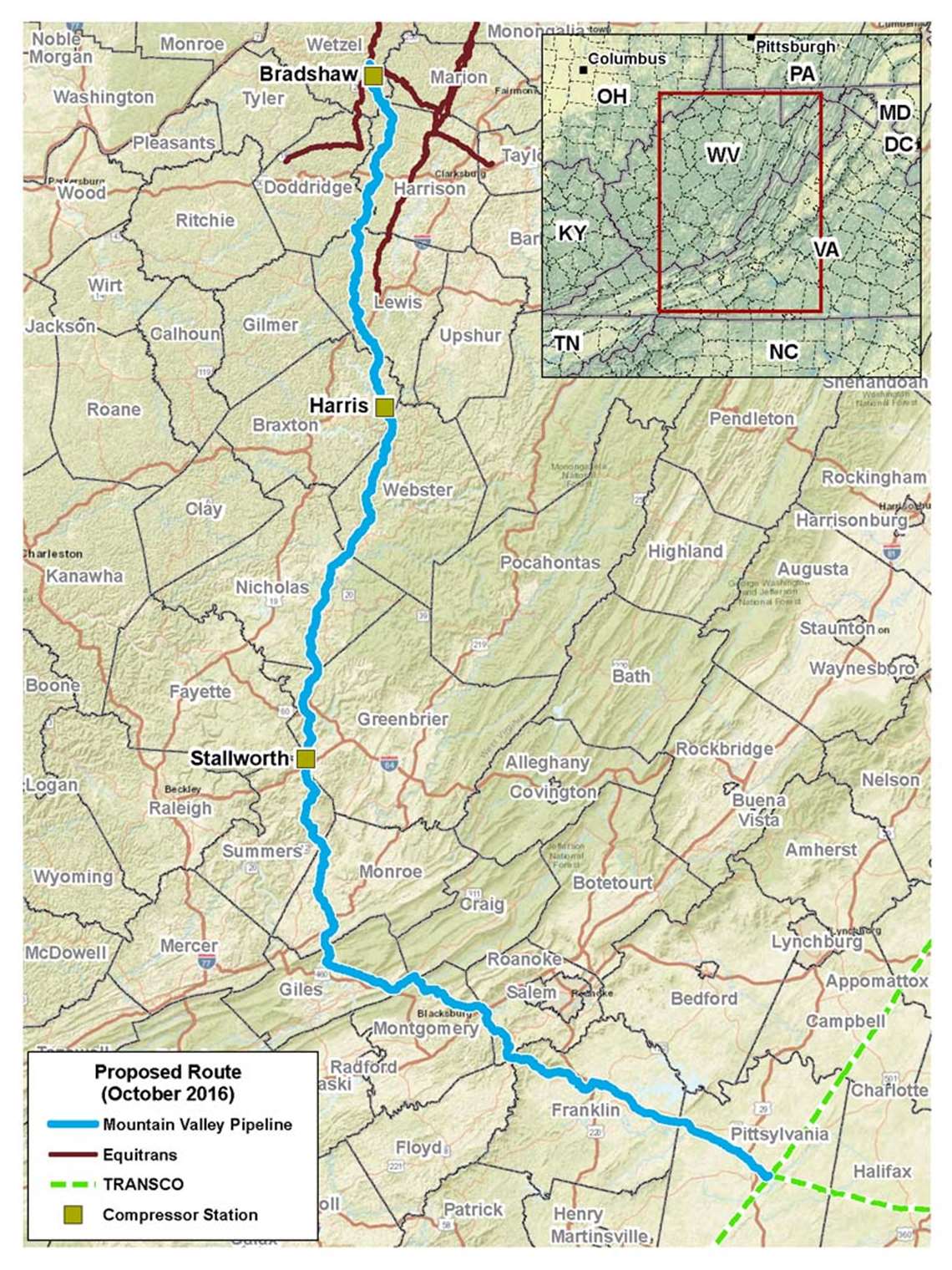 The Federal Energy Regulatory Commission (FERC) has issued a Certificate of Public Convenience and Necessity for the Mountain Valley Pipeline (MVP) project. The certificate comes after a Final Environment Impact Statement (FEIS), issued in June 2017, which concluded that adverse environmental impacts from construction/operation would be reduced to less-than-significant levels with the implementation of FERC-recommended mitigation measures.

The MVP is a proposed 303 mi. (488-km) underground pipeline that runs from northwestern West Virginia to southern Virginia. The project has an estimated capital expense of US$3.5 billion, with US$407 million and US$811 million being spend directly in Virginia and West Virginia, respectively.

The Atlantic Coast Pipeline (ACP) has received approval as well. The ACP totals 600 miles (966 km) of pipeline and has an estimated cost of US$5billion.