Beginning in 2019, all of Comstock's operated drilling rigs have dual-fuel capability. As a result, current drilling operations are now fueled predominantly by cleaner burning natural gas rather than diesel fuel. (Photo: Comstock Resources.)

Comstock Resources reported during its recent quarterly update that the company has completed the acquisition of approximately 60,000 net acres in the Haynesville and Bossier shale in East Texas, along with purchasing a 145-mile high-pressure natural gas pipeline and a natural gas treating plant for $35.6 million.

The pipeline and natural gas treating plant were purchased from an unaffiliated third party for $16.8 million, while $18.8 million was spent for “deep rights” on undeveloped acreage.

Comstock, one of the largest producers in the Haynesville Shale, also announced it has achieved certification for its operated natural gas production under the MiQ standard for methane emissions measurement and management. The MiQ Standard scores production, based on how well operators deploy integrated technologies to detect, measure, and abate emissions while also including a detailed assessment of policies and work practices that evaluate an operator’s preparedness to prevent future methane emissions.

The certification highlights Comstock’s ongoing commitment to produce natural gas under strict environmental standards and deliver differentiated, independently certified gas based on methane intensity to both domestic and international markets. Comstock received the certification in June and the first block of the company’s certified natural gas is available for trading.

The certificates, which can be traded bundled (combined with natural gas delivery) or unbundled, will be available on MiQ’s Digital Registry in the coming weeks. The certification covers all of its facilities in North Louisiana and East Texas, which currently produce approximately 2.0 billion cubic feet per day of natural gas. 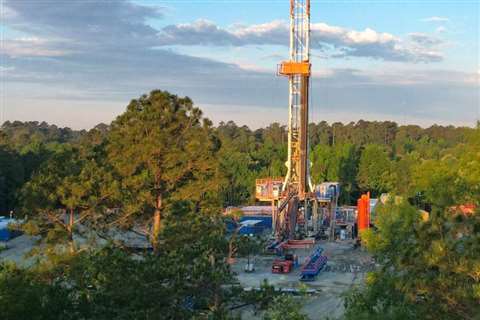