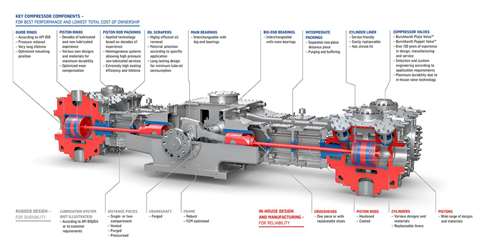 The compressors will be used in parallel for higher liquefaction capacity.

Burckhardt Compression will deliver three Process Gas Compressor API618 systems to compress hydrogen at a liquefaction plant in South Korea. The new installation in South Korea is the largest hydrogen liquefication plant worldwide and is part of the country’s strategy to develop hydrogen as a clean energy.

The government also has plans to support the development of hydrogen ships, trains and industrial machinery and will promote the manufacturing of fuel cells and power generation to reach a combined capacity of 15 GW by 2040.