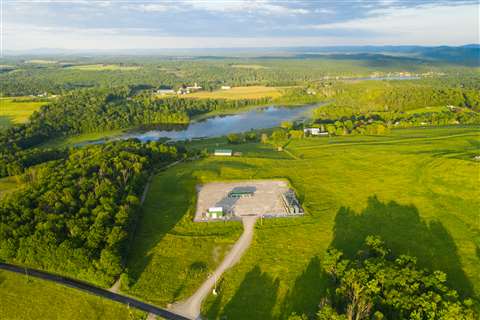 BKV Corporation (BKV) and EnLink Midstream plan to develop a carbon capture and sequestration project in the Barnett Shale region of North Texas.

“It is critical that companies in the industry work together to bring actionable change and move large-scale carbon reduction projects forward,” said BKV CEO Chris Kalnin. “This partnership brings us one step closer to the safe and profitable production of net-zero green natural gas.”

Carbon sequestration is the process of capturing and permanently storing carbon dioxide, which reduces the amount of pollutive carbon dioxide in the atmosphere. Under their agreement, BKV will continue to produce natural gas containing carbon dioxide from its Barnett Shale area operations, and EnLink will transport this natural gas via its modified pipeline and facility infrastructure to the EnLink natural gas processing plant in Bridgeport, Texas.

At the Bridgeport plant, the carbon dioxide waste stream will be captured, compressed, and then disposed of through permanent sequestration via BKV’s nearby injection well.

“EnLink values our partnership with BKV, and we are eager to build upon it through this sustainable CCS project,” EnLink Chairman and CEO Barry E. Davis said. “The project will capture and store a significant amount of carbon dioxide emissions per year, which moves EnLink a step closer to achieving our goal of a 30 percent reduction in CO2-equivalent emissions intensity by 2030 over EnLink’s 2020 scope 1 emissions intensity.”

As part of its sustainability efforts, BKV recently formed dCarbon Ventures, a dedicated business unit focused on driving CCS innovations and project development. Vice President of dCarbon Ventures, Lauren Read, said, “CCS is such an important component of driving climate solutions … We plan to be injecting carbon dioxide by the end of 2023, at which point it is expected to be one of the first permanent commercial sequestration projects to come online in the United States.”

Read said that this initiative is anticipated to offset BKV’s current emissions by approximately 10 percent, bringing the company even closer to its goal of reaching net-zero by 2025.

BKV is a privately held natural gas exploration and production company based in Denver, Colorado. EnLink Midstream is based in Dallas, Texas.