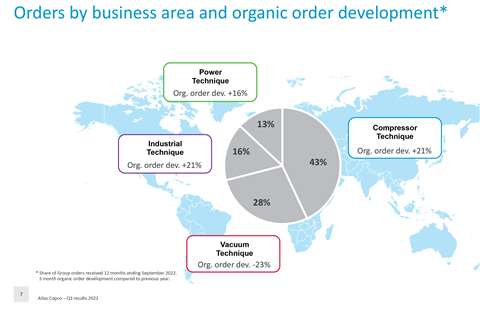 “It was a strong quarter with high demand for our products and solutions around the world,” said Mats Rahmström, president and CEO of Atlas Copco Group. “Our continuous efforts to bring innovations to the market and create sustainable value for our customers have helped us maintain a high order intake. Revenues and operating profit were at a record level.”

Year-on-year, order volumes increased markedly for compressors and power equipment. Order growth was also achieved for industrial assembly and vision solutions, driven by customers’ investments in electric vehicle production. Because of weaker demand from the semiconductor industry, the order intake for vacuum equipment was lower. The service business grew within all business areas.

During the third quarter, the company completed 11 acquisitions, bringing the total for the year so far to 21.

”Acquisitions are an important part of our growth strategy,” said Mats Rahmström. “We continue to look for potential targets to complement and future-proof our offering, for example within new sustainable technologies.”

Order volumes for industrial compressors rose from last year and the company saw similar increases in orders for gas and process compressors. The company’s compressor technique division, the largest of its four segments, reported revenue of MSEK 16,377, up from MSEK 12,792 a year ago.

Looking ahead, in the near term, Atlas Copco expects that the customers’ activity level will weaken somewhat compared to the high level in the third quarter. 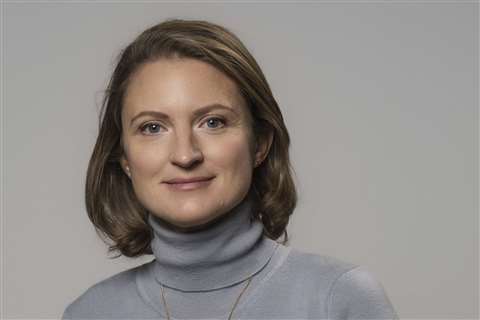