Voith Turbo has installed and commissioned its first VoreconNX variable speed drive for a customer in the United States. The customer began using the device, which uses a hydrodynamic power transmission with a planetary gear, on Nov. 30, 2020. 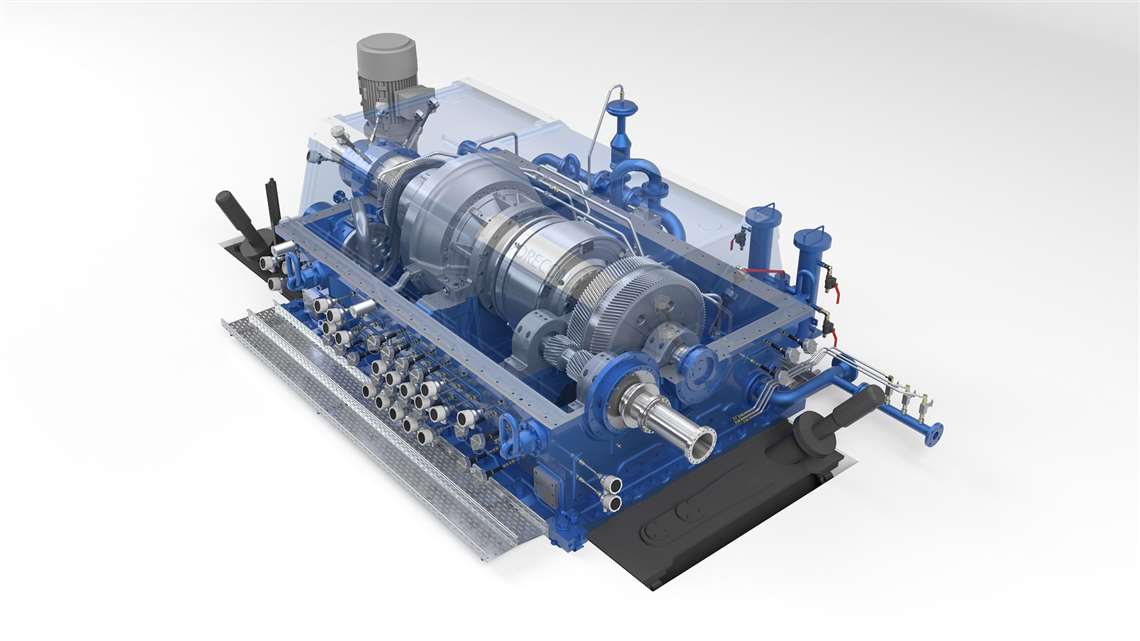 The Voith VoreconNX is suited for compressor applications up to 13,400 (10 MW).

The VoreconNX is designed to control motor-driven machines in the low-power range. It is particularly suited for compressor applications up to 13,400 hp (10 MW) (see COMPRESSORTECH2, August-September 2016, p. 36).

Voith Turbo tested the VoreconNX unit at its Crailsheim, Germany factory, putting it through several standardized performance tests, such as speed ramping, overspeed protection and defined-load point tests. It then shipped to its home in Lousiana.

Voith Turbo North America has several other VoreconNX units allocated for use in the United States and Canada, with deliveries and commissioning activities scheduled over the next two years.