Natural gas sales account for a growing portion of overall revenue upstream oil and gas companies operating in the U.S., a recent study from the U.S. Energy Information Administration shows.

During the first half of 2021, production outages after a February cold snap in Texas and increasing international demand for liquefied natural gas caused the Henry Hub benchmark spot price to briefly triple. The price remained at more than $5 per million British thermal units (MMBtu) for more than a week during February 2021. Natural gas prices have been trading at or above $5/MMBtu since mid-September as well.

Financial earnings from the first half of 2021 show that these 54 U.S. oil producers have reported both higher revenue and increased cash flow from operating activities. These companies have not yet invested the additional cash flow into capital expenditures in line with the additional revenue. Because of that, the companies are reporting higher free cash flow, which subtracts capital expenditure from operating cash flow. With positive free cash flow, producers can pay for capital investment programs or use it for other financing activities, including debt reduction, dividend increases, or share repurchases, the study showed.

Through the first half of 2021, these companies had not significantly increased oil production. Instead, they were drilling fewer wells and relying on their inventory of drilled but uncompleted wells to complete new wells at reduced costs.

The list of publicly traded oil-producing companies is limited to upstream independents and does not include large oil companies with refineries assets or companies that produce natural gas as their primary business, so these trends cannot be considered as reflecting behavior in the industry as a whole, the EIA reported. 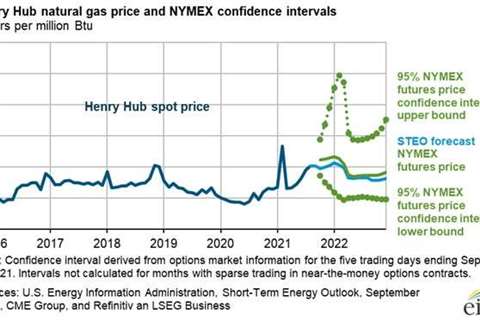