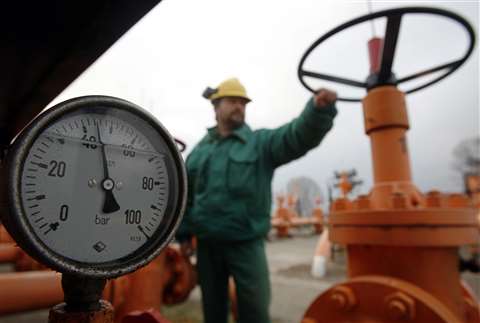 Upstream oil and gas operators in the U.S. may have to boost their capital spending by almost 20 percent in the coming year just to maintain production at the same level seen in 2021, according to a recent study conducted by an energy think tank.

The Institute for Energy Economics and Financial Analysis (IEEFA) said that the growing need for a growth in capital expenditures has two causes: inflation and the exhaustion of drilled-but-uncompleted wells (DUCs). The decline of DUC wells will force the industry to ramp up drilling in the coming year just to keep its production steady.

The IEEFA based its study on data from the Dallas Federal Reserve Bank, which polls oil and gas executives in New Mexico, Louisiana, and Texas to study trends in the region’s energy sector. “The lessons from its December 2021 Energy Survey are clear: Although oil and gas production is poised to grow this year, the industry faces mounting inflation challenges,” the IEEFA said.

The Dallas Fed reported that its input cost index, which reflect all costs involved in producing goods and services by oil and gas support service firms, rose to a five-year high of almost 70 during the last quarter of 2021. About 72 percent of companies reporting increased costs and only 2 percent reporting a decline in costs. (The index represents the difference between the percentage of respondents expecting an increase and the percentage anticipating a decrease.)

In addition, the finding and development costs index and the lease operating expenses index both registered the highest readings on record. Survey responses suggested that input costs could rise by 10 percent, with almost two-thirds of the sample anticipating even greater cost increases, the IEEFA reported.

These cost increases will fall first on oilfield service firms, which may not be able to pass the costs on to producers. One survey respondent from the oilfield service sector said the company was still “fighting to get back to acceptable margins for our products and services,” the IEEFA reported.

The response suggests that slack demand for drilling and completion, and a slow recovery from the COVID-19 pandemic, has reduced the bargaining power of service providers, which means they could bear a disproportionate share of the cost increases, the IEEFA reported.

Even with these rising costs, about half of oil and gas production executives say they’ll boost output this year. But growth will be uneven: small producers, which produce fewer than 10,000 barrels per day, are more likely to seek production growth in 2022, while only about a quarter of the large producers singled out production growth as their primary goal, the study showed.

Larger operators plan to put more emphasis on debt reduction than production growth. Overall capital spending amont oil and gas companies is projected to rise this year because of the rising costs, the survey showed.

“All told, almost four out of five oil and gas production executives surveyed expect capital spending to increase above 2021 levels. Support services executives were almost as bullish, with 72 percent of the 42 firms expecting capital spending increases this year,” according to the survey.

The survey gives hints about greenhouse gas (GHG) emissions trends as well. It suggest large and small operators differ on their perception of GHG emissions.  About 48 percent of executives from large firms said they planned to reduce GHG emissions by more than 5 percent by 2025, compared with only 24 percent for small firms. The responses represented an increase from 2021. Even so, pessimism about greenhouse gas targets abound. About 95 percent of oil and gas executives said they doubt countries will be able to meet 2030 commitments for reducing GHG emissions, the survey showed.