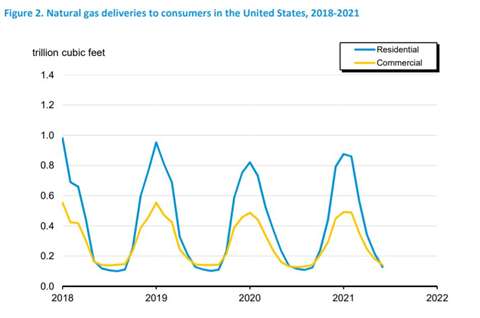 Dry natural gas production increased in June to 93.1 Bcf/d, up 5.4% from a year earlier, according to preliminary statistics released from the U.S. Energy Information Administration (EIA). The same study showed that gross withdrawals for the month of June reached 113.2 Bcf/d, up 5.3% from a year earlier and the highest for the month since the EIA began tracking that data in 1980.

When broken down by sector, demand increased in three of the four consumption sectors that the EIA tracks: commercial, industrial and electric power, the EIA reported.

Total net gas exports, which shows exports less imports, was 10.9 Bcf/d in June, the highest since the agency began tracking imports and exports in 1973. The U.S. exported 2.6 times more natural gas than it imported in June.