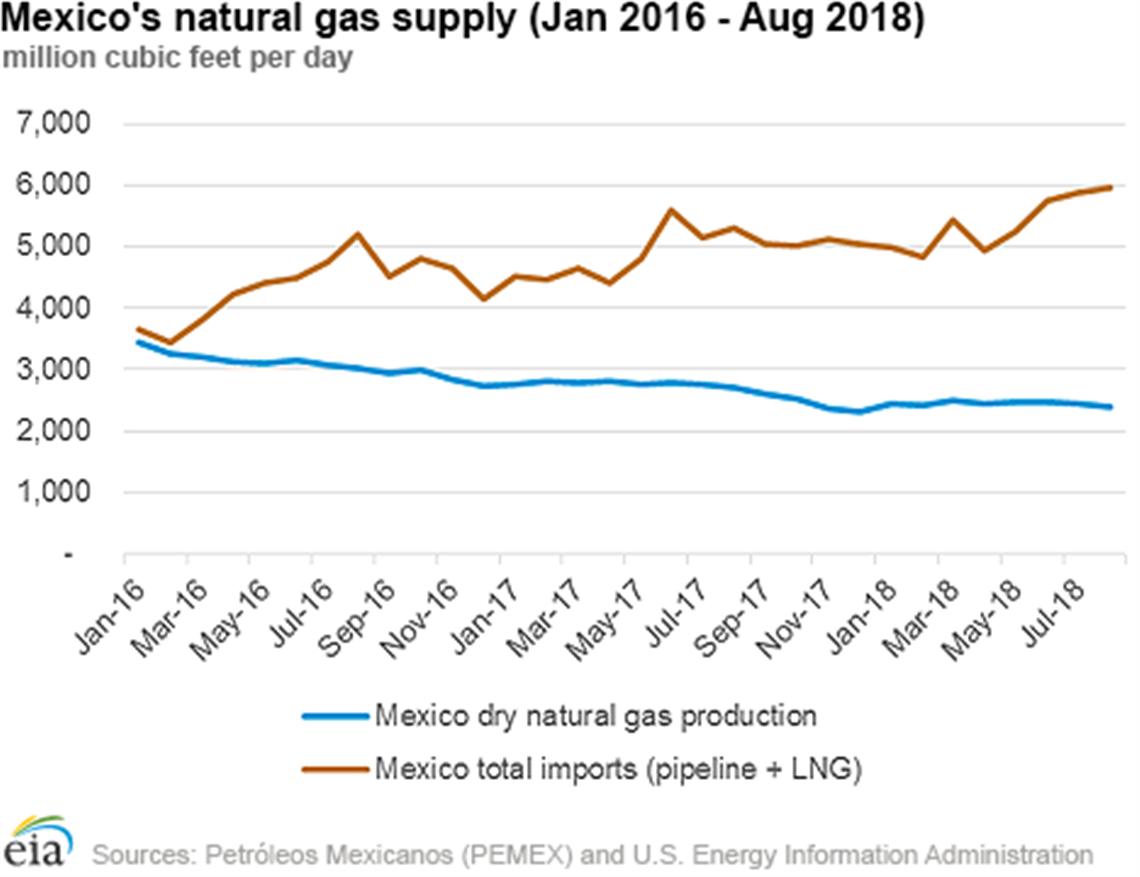 Mexico’s natural gas production has dropped 38% since 2012, forcing the country to rely on United States-based imports, according to the U.S. Energy Information Administration (EIA). Declining revenues, a low-price environment and limited exploration and new well production have influenced Mexico’s reliance on its neighbors to the north.

Liquified natural gas (LNG) also plays a vital role in Mexico’s energy demands. The country didn’t need LNG from the U.S. until 2016. As of August, 77% of the country’s total LNG imports are from the United States, up from 63% in 2017, according to the EIA and data from Mexico’s Secretaría de Economía.