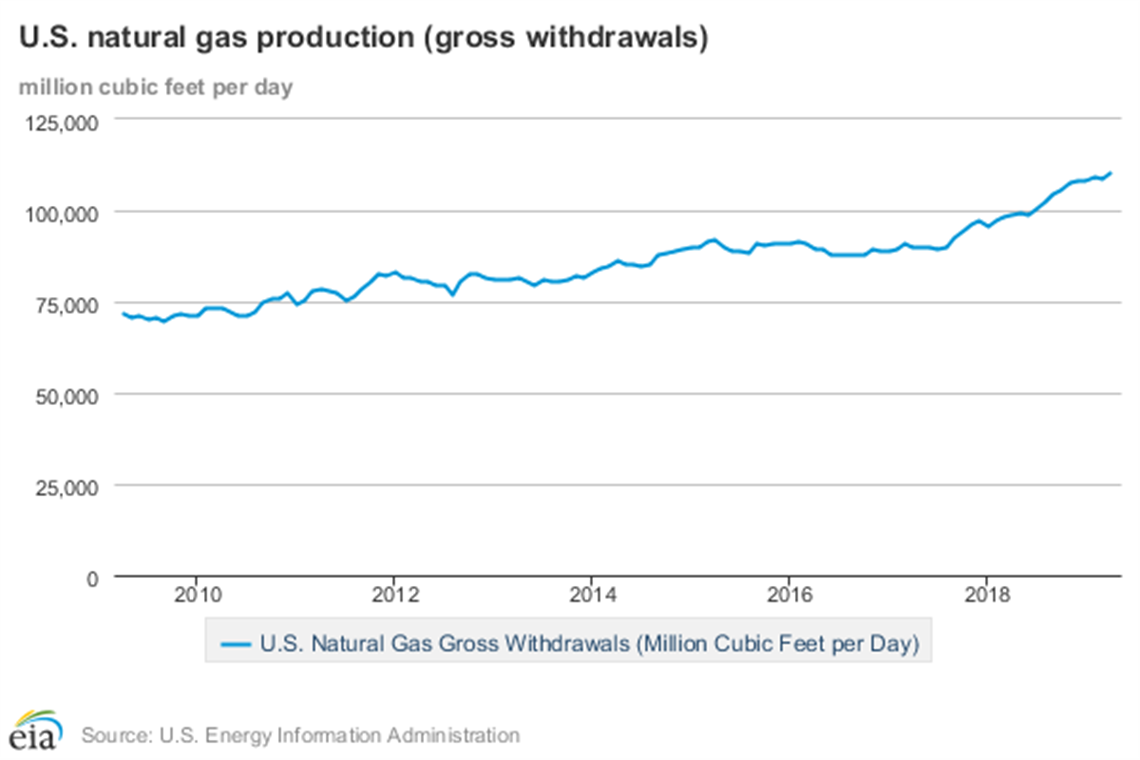 For all the financial, regulatory, political and legal issues that have beset the U.S. natural gas industry over the last months, it’s not seeming to have much effect on natural gas production according to the latest information from the U.S. Energy Information Administration (EIA).

While production remained at record levels, natural gas consumption has shown a bit of a dip, the EIA report noted. The estimated gas consumption level in April was 2183 Bcf, or 72.8 Bcf/d — approximately 5.1 Bcf/d (6.5%) lower than the 77.9 Bcf/d consumed in April of the previous year.

April 2019 was only the second month since October 2017 that saw a year-to-year decrease in natural gas consumption. Still, consumption for April was the second-highest level for the month since 2001, when EIA began using the current definitions for consuming sectors.

– Industrial — 667 Bcf, or 22.2 Bcf/d, which was down 2.9% compared with 22.9 Bcf/d during the same period in 2018. Again, despite the decrease, industrial deliveries were the second highest for the month since EIA began using the current definitions for consuming sectors in 2001.

The increase in exports continues to be driven by liquefied natural gas (LNG). LNG exports in April 2019 were 47.7% higher than in April 2018. In April 2019, the United States exported 4.2 Bcf/d of LNG to 22 countries. The average daily rate of LNG exports was the highest for any month since EIA began tracking them in 1997.