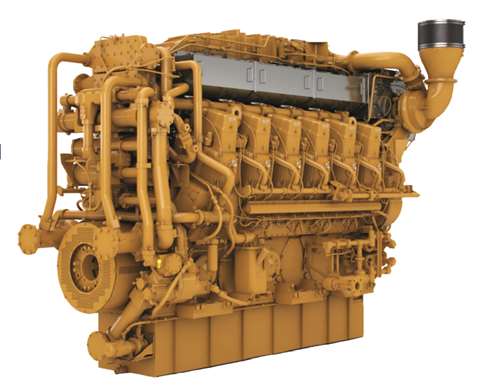 A well-known workhorse in the gas compression industry, the Caterpillar G3600 series is celebrating a significant birthday. Over the last 30 years, the G3600 engine series has logged more than 200 million hours in the field under a wide variety of applications worldwide, and operators commission hundreds of units every year. After 30 years, several thousand of them are still in operation.

In 1985, Caterpillar introduced the 3600 diesel platform. Later, in 1991, with several years of experience and technical knowledge developed on the diesel product, the company introduced a game-changing gas engine product for the compression industry, the G3600.

In just over two years after the product launch, the G3600 had already become proven in the field. Bobby Runnels, now a gas engine product support engineer for Caterpillar who began his career alongside the G3600 with a Caterpillar customer, remembers, “The horsepower capability was pretty phenomenal — it didn’t have any competitors in its speed. Other manufacturers had similar products out there, but the G3600 had very few competitors from a lean burn perspective. The emissions on the engine were cutting-edge at the time. “

And in 1993, Caterpillar published an internal program status of the G3600 engine series and listed the initial objectives: low emission levels, high power output, product reliability, low owning and operating costs, and ease of service to name a few. Not only had the engine delivered on those objectives, but would continue to improve upon them.

The introduction of the ADEM™3 (A3) controls in 2000 was one of the most significant steps forward for one of the most reliable gas engines in the field. With the G3600 being the most technical engine on the market from a controls standpoint, the A3 simplified the implementation and made the engine easier for technicians to work on, improving runtime and reliability.

Until around 2010, the majority of G3600 units were sold to operators in permanent installations. At that point, the greater quantities of liquids-rich shale gas meant the gas compression industry required additional horsepower and fuel flexibility. This need paved the way for the 1875 HP G3606 and 2500 HP G3608 engines to begin to enter the contract compression fleet industry.

Caterpillar Oil & Gas has continually refined the G3600 platform through its latest iteration, the G3600 ADEM™4 (A4).

Edward Porras, gas compression senior account manager at Caterpillar Oil and Gas, said the ongoing refinements have made it one of the industry’s most reliable product series capable of using a variety of fuels around the world.

The G3600 A4 differentiates from its predecessors in several categories: power, altitude performance, fuel tolerance, emissions, and the ability to be used as an ambient-rated engine.

“The wide fuel tolerance gives the engine the flexibility to be used in a variety of applications around the world on virtually any field gas that you are going to find in the industry, and the 40% lower NOx emissions allows operators to put more horsepower in a single location, a characteristic vital in non-attainment areas,” commented Porras.

Caterpillar proudly celebrates the 30th anniversary of the G3600 engines. Many early engines are still running in the field today, a testament to the reliability and technical craftsmanship of the platform. Sustained R&D investment has led to technological advancements and innovative solutions that continue to enhance the engine, and upgrades are available to modify the original iron to take advantage of the advances made on the latest products coming out of the factory today. These engines continue to be the most reliable gas engine products offered and are proven by their longevity and consistent quality performance.