TES and ECOnnect to fast-track energy imports to Wilhelmshaven 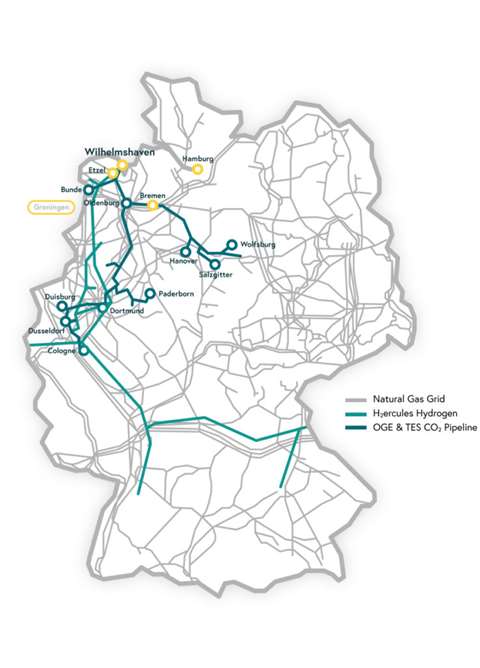 This contract award follows the announcement that the TES Wilhelmshaven Green Gas Terminal has been included to the list of priority projects backed by Germany’s LNG Acceleration law, which was designed to strengthen Germany’s energy security by 2025. Wilhelmshaven is strategically located to secure Germany’s energy imports and will be at the heart of its decarbonization initiatives beginning in 2025.

To provide immediate energy security for Europe, the German Federal Ministry of Economics and Climate Protection selected TES in early September to develop and implement Germany’s fifth Floating Storage Regasification Unit in the autumn of 2023.

ECOnnect Energy’s IQuay is a jettyless, floating transfer system that transfers fluids such as LNG, ammonia, bio fuels and CO2 (for carbon capture and storage) between a carrier and an offshore or onshore terminal without a jetty.

The jettyless solution is prefabricated at a shipyard, eliminating the environmental impacts of the time- and resource -intensive construction of a jetty or a quay.

This technology makes import projects possible without the cost and inflexibility of traditional fixed-jetty infrastructure. Its flexibility and mobility enables energy distribution to areas previously considered infeasible due to high costs or challenging geography, ECOnnect said.

The jettyless transfer system is less expensive than traditional fixed infrastructure of jetties and quays and has the additional benefit of floating, which leaves marine environment where it operates untouched, ECOnnect said.

The delivery from ECOnnect Energy will be the critical link between offshore gas storage units to the onshore terminal directly connected to the Open Grid Europe (OGE) gas grid, both companies said.

Simultaneously from 2025, TES’s onshore green gas terminal will serve as the key entry point for clean, safe, and affordable energy in Europe, as well as a catalyst for a circular carbon economy. TES’s approach aims to transform sun and wind into sustainable and cost-effective eNG, combining green H2 and circular CO2 and using existing infrastructure to deliver green, secure energy to Europe.

In a circular, closed-loop, zero-carbon system, the CO2 act as a carrier to enable green hydrogen imports: when the gas reaches Germany, it will be captured and delivered back to the area where the green hydrogen is produced.

The ECOnnect Energy IQuay solution will connect the FSRU to the onshore terminal. The low-footprint design of the solution will substitute a conventional jetty, fast-tracking deployment while minimising construction costs and environmental impacts.

In 2025, TES will reuse the IQuay system for liquid CO2 export for hydrogen production, effectively closing the industrial emissions loop by utilising CO2 for green hydrogen applications. The reuse of the infrastructure offers further “green” material conservation credentials to Wilhelmshaven.

Jens Schmidt, Chief Technology Officer at TES, said: “We are delighted to work in close collaboration with ECOnnect Energy to harness the innovative IQuay jettyless technology, a cutting-edge solution which will fast track the implementation of a resilient and renewable energy infrastructure as well as enabling our green hydrogen value chain. This will help pave the way to deliver immediate and long-term energy security for Europe in a timely and cost-effective manner with minimal environmental impact.”

Following the recent NFE announcement that it will deploy multiple Fast LNG units of 1.4 MTPA for LNG production in the Gulf of Mexico, ECOnnect Energy will provide the offshore transfer solutions for LNG & gas transfer between NFE’s offshore production and storage units.