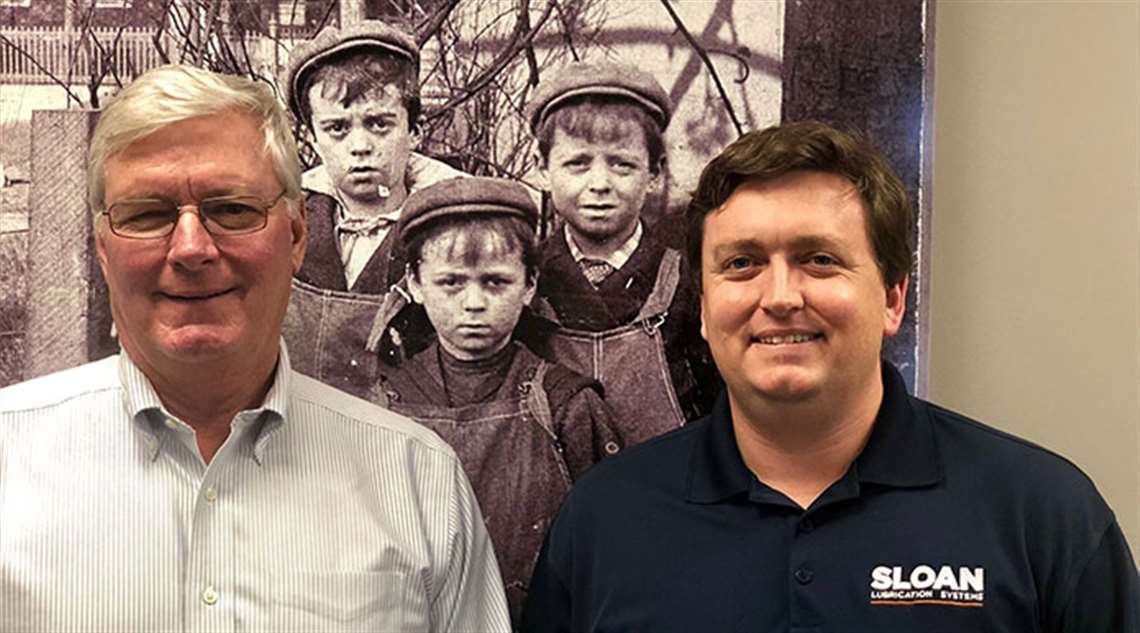 Sloan Lubrication Systems has been in this situation before – passing the torch from one generation to the next. That torch ignited in 1922 when Walter, Paul and Ralph Sloan founded the company, known then as Sloan Brothers Co.

The second generation – John and Margaret Sloan – came onboard in the mid-1940s. The third generation – current company CEO Walter Sloan – joined the company in 1975, stocking parts for customer deliveries. He obtained the torch a decade later when he became company president, carrying it through some of the Sloan’s major milestones, such as adding manufacturing capabilities, the first divider blocks and the genesis of the TriCip lubrication system.

Now, another transitional moment looms, with Walter Sloan set to hand the torch to his son, Brian Sloan, who represents the company’s and family’s fourth generation. On Jan. 1, 2019, Brian Sloan will be the CEO of Sloan Lubrication Systems, adding a new footnote in the company’s history and capping a journey that began 10 years prior.

COMPRESSORTECH2 sat down with Walter and Brian Sloan to discuss this transition, as well as the company’s future and what Walter will do with his time away from Sloan Lubrication Systems.

CT2: What was the driving force behind your decision to retire?

Walter Sloan: I have a number of really good productive years to look forward to, but what I think is most important thing is to let these boys fly. We have meetings and these guys use language that I don’t even understand anymore. Things are done differently, and I don’t want to be the guy that holds back my boys’ company from keeping up with the times. Besides, the boys are way smarter than me.

Walter Sloan: Oh yeah. There’s no question about that.

CT2: How long was this succession plan in place?

This story first appeared in the December issue of COMPRESSORTECH2. We only publish a fraction of our magazine content online, so for more great content, get every issue in your inbox/mailbox and access to our digital archives with a free subscription.