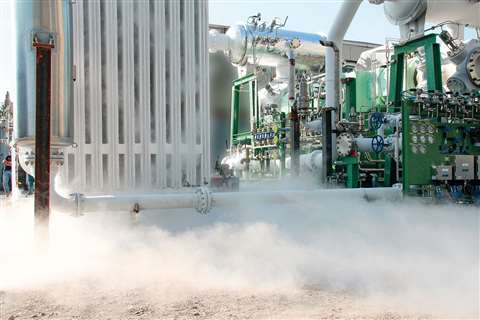 The depot consists of six horizontal low-pressure cryogenic tanks with a total capacity of 9000 M³. The new plant, on the Mediterranean island of Sardinia, will become one of the first reference points for liquefied natural gas and the bunkering of ships in the region. SIAD Macchine Impianti supplied two BOG compressors, which are designed to maintain stable pressure in the storage tank of the plant.

Mauro Evangelisti, chairman of Gas and Heat, said, “The project of the first so-called small-scale LNG depot started in 2015. Then, in 2017 we built four tanks and gas plants installed onboard the bunker vessel Avenir Accolade, which docked... in the port of Oristano with a cargo of over 7000 cubic meters, and its twin Avenir Advantage.”