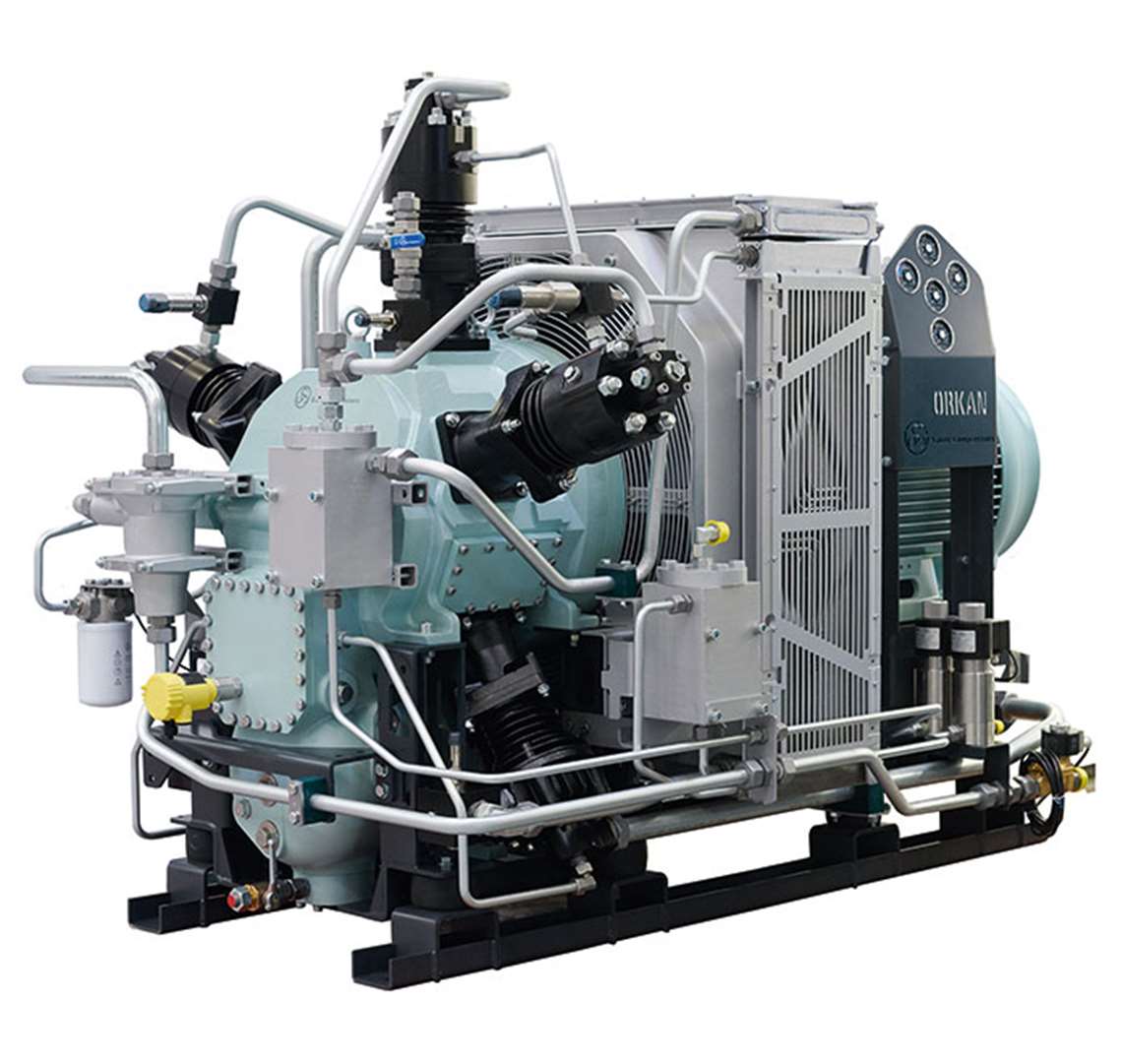 Sauer Compressors introduced a new family of compressors – the Orkan series. The new air-cooled series, based on a modular system, feature oil-lubricated piston compressors and gas compressors up to 147.5 hp (110 kW) with pressures up to 7252 psig (500 barg). The series also covers booster options with inlet pressures up to 232 psig (16 barg).

The Orkan compressors use a variety of new technology, such as a magnet coupling in its hermetically gas-tight variations, which ensures a tight seal along with low maintenance, the company said. The new series also the Sauer ecc 4.0 control system.

Another trademark of the Orkan compressors is its cooling capabilities. The series uses the new CubeCooler, which provides re-cooling temperatures that are more than 30% lower than those offered by conventional configurations. Sauer Compressors arranged the coolers radially around the combined fan and flywheel to achieve this concept, which it has already tried on its medium-pressure series Breeze.

With the Orkan series, Sauer Compressors has equipment that covers a power range from 5.4 to 308 hp (4 to 230 kW). The Orkan series fits in the company’s line-up between the Hurricane and 6000 series.

Sauer Compressors introduced the first prototype from the Orkan series at ComVac 2019 during Hannover Messe. Several designs (gas-tight, explosion-proof) suitable for several gases (natural gas, helium, hydrogen) will be available in the first quarter of 2020. The new series is applicable for a wide range of applications, the company said.