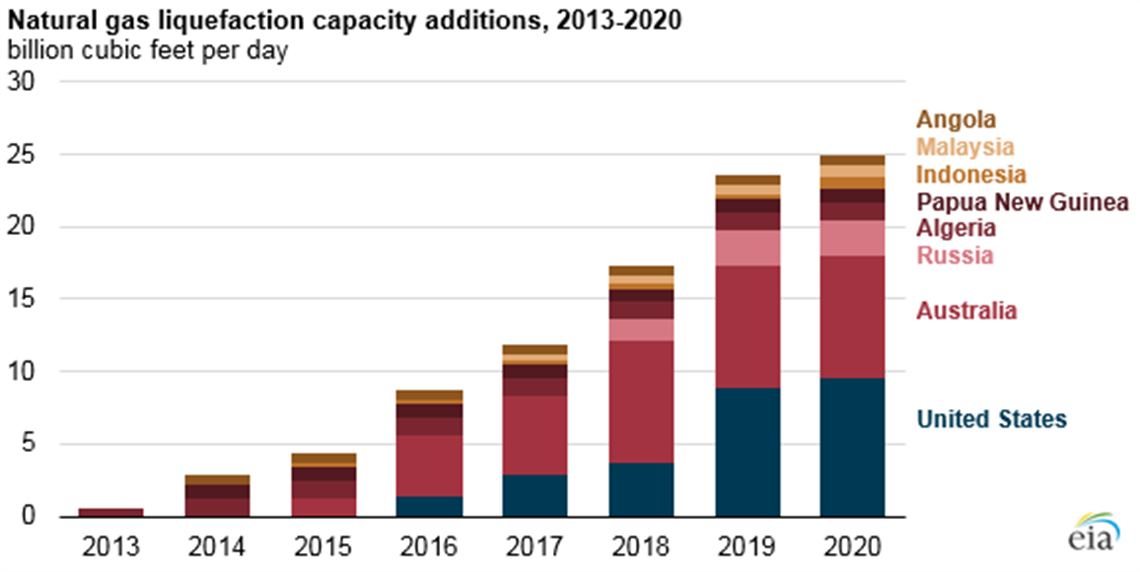 In 2017, global liquefied natural gas (LNG) imports reached 289.8 million tons (MT), increasing by 26.2 MT or 9.9% compared to the previous year, the strongest growth rate since 2010, according to a new annual report from the International Group of Liquefied Natural Gas Importers (GIIGNL).

Australia and the United States were among the countries with the largest increases (2.7 Bcf/d combined) in 2017 LNG exports.

The report found that no new country joined the LNG producing community in 2017, the number of exporting countries remaining at 19. One country imported LNG for the first time (Malta), bringing the total number of importing countries to 40.

Besides Australia and the United States, several other countries also increased LNG exports in 2017. The return to service of Angola LNG and increases from several countries including Nigeria, Malaysia, Algeria, Russia, and Brunei added another 1.4 Bcf/d of LNG exports, more than offsetting a combined decline of 0.6 Bcf/d in exports from Qatar, Indonesia, Norway, Peru, the United Arab Emirates, and Trinidad.

On the supply side, five new onshore liquefaction trains were commissioned, two in Australia (Gorgon Train 3 and Wheatstone Train 1), two in the United States (Sabine Pass Trains 3 and 4) and one in Russia (Yamal LNG) plus one floating liquefaction unit offshore in Malaysia. The surge in LNG supply was driven by new production from Australia (+10.7 MT) and from the United States (+9.6 MT) as well as by better performance of existing liquefaction plants in Algeria, Angola and Nigeria (+6.2 MT). In opposite direction, supplies from the Middle East decreased by 2.3 MT as a result of scheduled and unscheduled maintenance in Qatar. The Pacific Basin remains the largest source of LNG supplies with 131.4 MT or 45.3% of the global market, followed by the Middle East (31.5%) and the Atlantic Basin (23.2%). Due to the decline in production from Qatar, the gap between supplies from the Pacific Basin and the Middle East has widened, from 25 MT in 2016 to 40 MT in 2017. Between the Atlantic Basin and the Middle East the gap has narrowed from 42.2 MTPA to 24.2 MT. In 2018, the supply share of Atlantic Basin LNG volumes in global trade should increase, as new liquefaction plants come online in the United States.