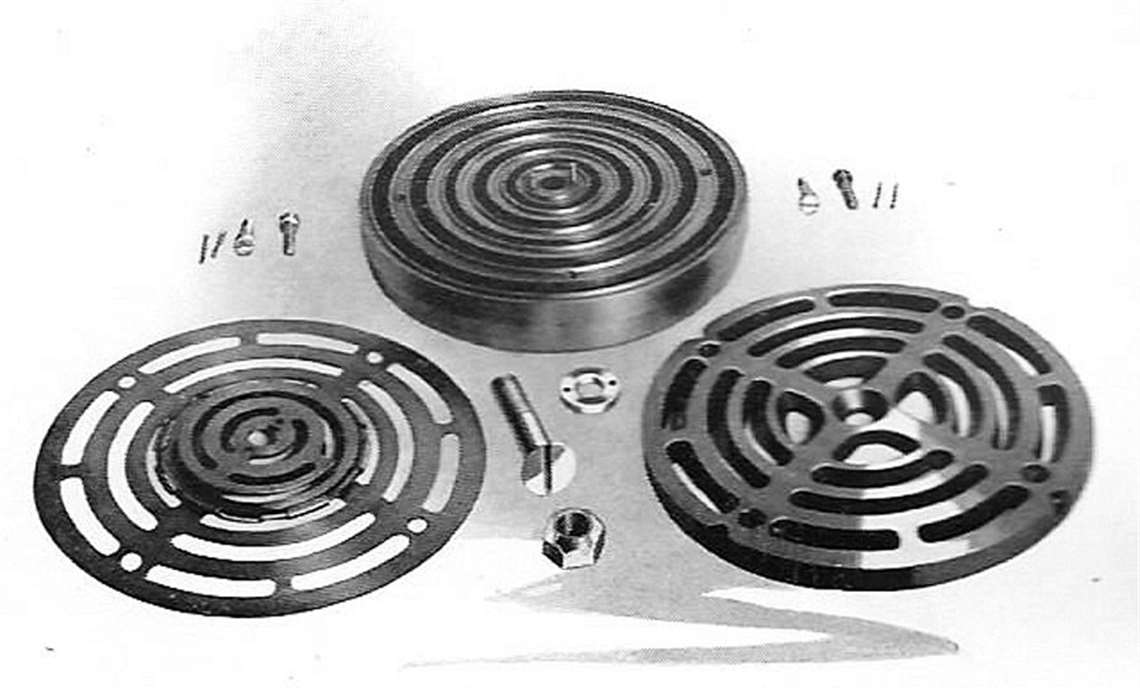 Cornerstones of Compression, written by Norm Shade, takes a historical look at important developments in the history of gas compression and is published in every issue of COMPRESSORtech2. This installment was originally published in the Aug./Sept. 2017 issue. Get every edition in your inbox/mailbox with a FREE subscription.

Mesta Machine Co. was founded in 1898 by George Mesta in West Homestead, Pennsylvania Benefiting from the rapidly developing iron and steel industry in the area, Mesta Machine soon grew into an industrial manufacturer. Its products included all kinds of machinery, including lines of gas and steam engines; vacuum pumps and air compressors; forging presses, rolling mills and other iron and steel processing machinery; ship propellers and shafts; and hydraulic turbines for power plants. By 1919, its plant on the Monongahela River, about 6 miles (9.6 km) from the business center of Pittsburgh, Pennsylvania, spanned 20 acres (8 ha) and employed about 3000 workmen.

Much of Mesta Machine Co.’s success was attributed to its chief engineer Lorenze Iversen. A native of Denmark, Iversen joined Mesta in 1903 as a draftsman. Over his career, he held personal patents on devices integral to every machine manufactured by Mesta.

Among Iversen’s inventions was a valve for blowing engines that was patented in 1911. In the early 1900s, technological advancements were resulting in higher-speed engines and compressors, but the valve technology was limiting reliability and performance. Plate valves had not yet been conceived, so compressors used heavy metal poppet valves or various mechanically actuated valves that were controlled by cams and linkages similar to engines.

In the 1910s, many companies introduced new compressor valve technologies, including manufacturers such as Laidlaw (Worthington), Rogler (Ingersoll Rand), Sullivan and Vilter. Each had a measure of success, however, the Mesta automatic plate valve, based on Iversen’s patent, soon became the standard, not only for Mesta, but for many other compressor companies that licensed the valve technology for air, gas and refrigeration compressors. A 1919 Mesta publication said, “Among the various Mesta products, probably none has played a more important part in the blast furnace industry than the Mesta automatic plate valve.”

Iversen’s patent enumerated several purposes of the design. “The primary object of the invention is to provide a sensitive and highly efficient spring-supported valve for blowing engines, compressors, etc., in which friction is avoided, and in which the valve-supporting spring element is serviceable for an indefinite period without wear or danger of breaking down,” the publication said. “A further object is to provide improved means for cushioning the valve as it approaches the opening and closing limits of its movement. Still another object is to simplify and thereby minimize the cost. A further purpose is to provide a construction that may be used interchangeably for inlet and outlet purposes by simply reversing its position in the head or other cylinder wall.”

The Mesta valve had four major components: a cast-iron valve seat, a multiported, alloy-steel plate, a single coiled wafer-type spring and a guard plate. Mesta claimed that its valve had more flow area than any other valve made. Its multiple ports allowed the valve to operate with low lift, which increased its durability while maximizing efficiency. The light weight of the valve plate enabled the valve to operate at much higher speeds than previous valve designs. In many cases, the equipping of existing air-blowing engine-compressors with Mesta automatic plate valves made it possible for its clients to operate additional furnaces without increasing the number of blowing engines. At other plants, these conversions made spare units available, where formerly all units were in continuous operation.

Mesta’s compressors were driven by steam engines, gas engines and electric motors. The company’s specialty, however, was huge, integral, horizontal steam or gas engine-driven compressors that produced large volumes of air for blast furnaces. Compressors were produced with one to four stages and were designed to handle pressures of more than 1000 psig (69 bar). After 1911, all were equipped with Mesta automatic plate valves. A description of two horizontal integral steam engine-compressors built for a Woodward, Ala., steel mill in 1914 provides an example of the impressive size of Mesta compressors. The 60 in. (1524 mm) stroke, 900 ton (816 tonne) twin-tandem machines had one 48 in. (1219 mm) diameter high-pressure and one 84 in. (2134 mm) diameter low-pressure steam cylinder, with two 84 in. (2134 mm) air cylinders. Each air compressor cylinder had 22 valves.

Founder George Mesta died in 1925. Iversen assumed control of Mesta Machine Co. from Mesta’s widow in 1930. Iversen continued to lead the company until 1963, when he retired at the age of 87. Mesta machines were found in factories throughout the world. In 1959, Mesta was listed as the 414th largest company in the U.S. With the demise of U.S. heavy industry in the ensuing decade, however, Mesta fell on hard times. It filed for bankruptcy in 1983 and was completely liquidated by 1988.