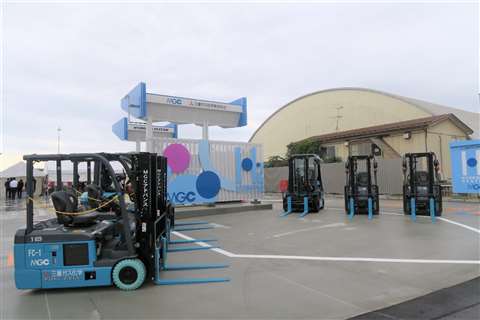 PDC Machines started operations on one of its “SimpleFuel” on-site hydrogen refueling system at Mitsubishi Gas Chemical’s Niigata Plant in support of the locations fleet of fuel-cell forklifts. The hydrogen station will supply hydrogen produced by water electrolysis using renewable electricity and water to seven newly operating FC forklifts at the Niigata plant.

The SimpleFuel refueler is a water electrolyzer that produces hydrogen from water and electricity in a small package with an installation area of only one car (total length 2.6m x total width), a hydrogen compressor that boosts the produced hydrogen to the filling pressure, a pressure accumulator that stores hydrogen, and a dispenser that connects a hose to fill the forklift truck.

Its small footprint means it can be easily installed in a small empty space in an existing factory or warehouse, and the FC forklift operator can fill hydrogen in a place closer to the workspace, which greatly improves work efficiency.

The energy-efficient design of the system produces only the necessary amount of hydrogen according to the operating conditions of the FC forklift trucks, reducing waste further. In addition, the station can be built at a lower initial investment cost than existing stations because of its small footprint, its all-in-one nature, and its ability to support local fleets sustainably. 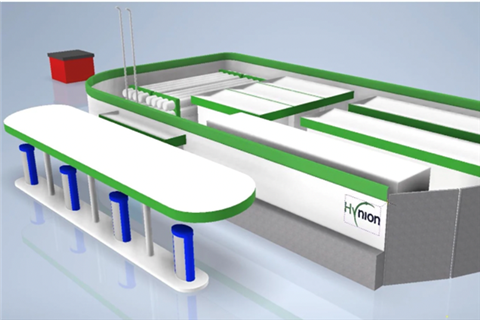