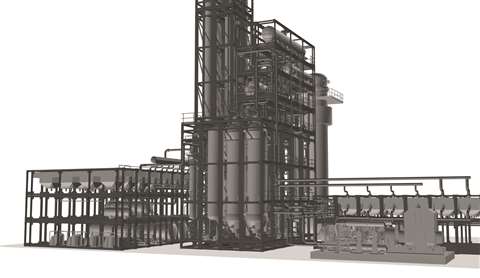 The modular plant’s capacity is generally about 1/10 to 1/15 the capacity of a worldscale industrial methanol plant.

It’s almost a given economies of scale are essential when it comes to making industrial processes profitable. However, the development of new markets, new industrial designs and new technologies has shown that bigger isn’t always better.

Houston-based Modular Plant Solutions has come up with a unique modular solution that makes small-scale methanol production profitable. MPS has partnered with Haldor Topsoe, a Danish company that supplies catalysts for the chemical and refining industries.

Together, the companies developed small-scale modular methanol plants, called MeOH-To-Go, which can be transported to field operations anywhere in the world. These plants enable users to create methanol output from associated or stranded gas with variable gas qualities, pipeline gas or other specialty applications where methanol may be needed.

Methanol is a key component for a variety of chemical processes. It is easily transportable and globally consumed, making it an integral feedstock for a variety of processes. The plant can take biogas or syngas as a feedstock and produces AA-grade methanol that can transported by truck, rail, barge or ship or further processed on site.

“We’ve designed this plant to be economical on a small scale,” said Russell Hillenburg, president and co-founder of Modular Plant Solutions. MPS builds the modules to the ISO-1496 container standard, which allows multi-modal shipping at a fraction of the usual cost of standard modular construction.

Hillenburg and David Townsend, co-founder and vice president of engineering for MPS, developed the idea for a modular structural system for process plants after brainstorming for ideas to use stranded and flared gases, which are often in remote areas.

He launched MPS in 2016. Drawing on Townsend’s experience in the industry, the co-founders first focused on producing methanol, a commodity that tracks the price of oil.

“We created a design that takes the guesswork out of planning and cost estimates and created something that is easily-transportable, constructable and operable,” said Hillenburg. “The way we approach modularization is about efficiency and standardization of components, opening up options for locations that were previously unattainable.”

MPS gets inquiries for plants in remote locations throughout the world, including South Dakota, Africa, Texas and Russia.

MPS’s standard MeOH-To-Go plant has a three-stage process to convert natural gas to Grade AA methanol, which is a basic building block for the production of various chemical derivatives. Methanol has widespread applications for several industries — from plastics, automotive and paints to adhesives, construction and pharmaceuticals. More recently, it is used as a clean-burning marine transportation fuel.

The plant’s small-scale modularization helps customers save on upfront costs and ensures the plants are easy to transport, assemble and disassemble to move if needed — even in remote locations. MPS’s patent-pending design is based on the ISO 1496 container standard, so the modules can be shipped all over the world via container ship, rail and truck, and re-assembled in the field.

“It can be built and transported anywhere in the world,” he said. The bulk of the construction occurs in a fabrication site, which reduces work done and risk on site. It can easily be assembled with small cranes on site. The modular design and remote fabrication enable the companies to reduce risk, boost quality and control costs better than on-site construction, he said.

The plant’s small scale allows it to be assembled in remote areas that give producers a return on associated gas that otherwise might be flared. The end product is both economical and environmentally friendly in a world that is showing greater concern for emissions.

The location requires three inputs: a feedstock, water and electricity. It can take anywhere from 18 to 36 months to fully commission a plant, depending on its specific requirements and location.

Earlier this year, West Virginia Methanol received permits to build three MeOH-To-Go plants, which will be designed to produce 900 metric tons per day of Grade AA methanol from natural gas. The project is expected to come online in 2024. 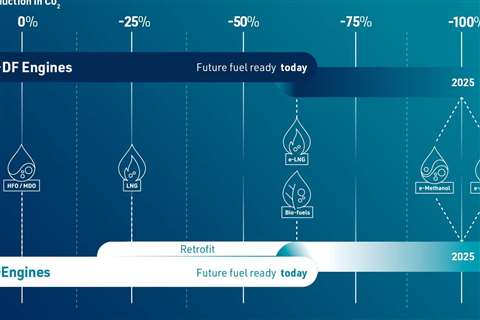 WinGD sets timeframe for methanol, ammonia engines
Engines will be compatible with fuels by 2025 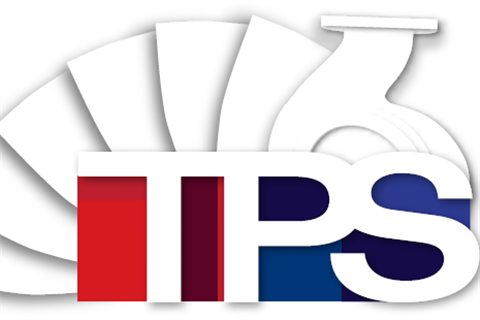