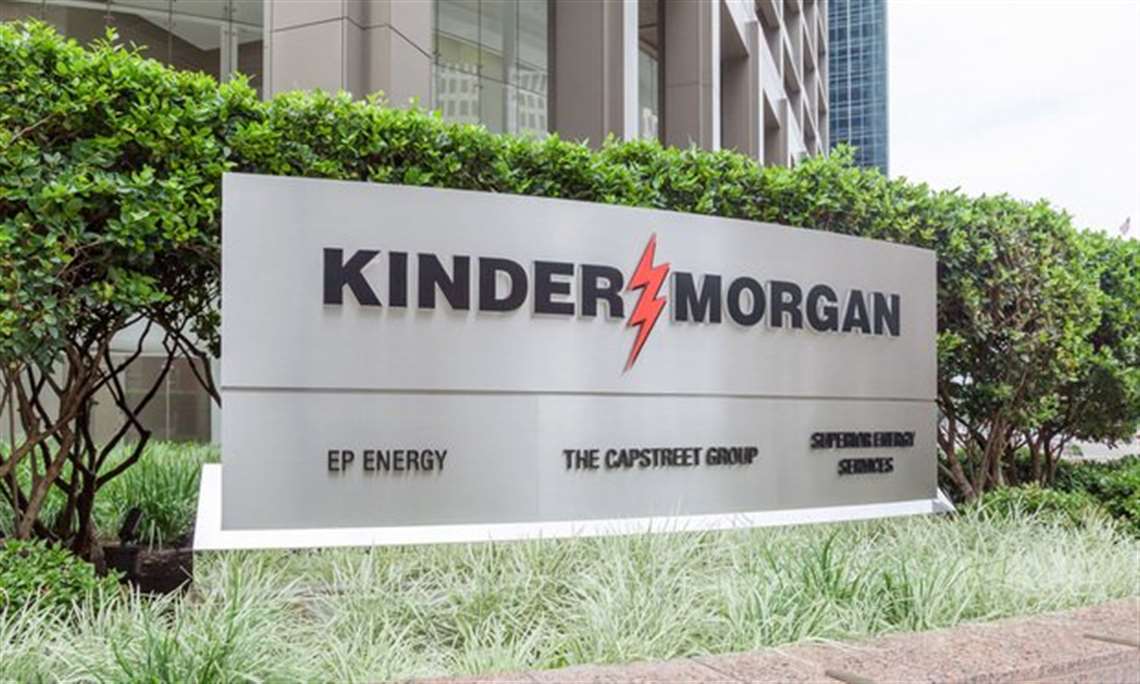 At the same time Kinder Morgan recorded a net loss in its recent second quarter report, one company official said there were some “green shoots” visible in some segments.

One of the largest pipeline operators in the U.S., owning or operating approximately 83,000 miles of pipelines and 147 terminals, Kinder Morgan reported a second quarter net loss of $637 million, compared to net income of $518 million in the second quarter of 2019. The net loss was primarily due to a $1 billion non-cash impairment of goodwill associated with KMI’s natural gas non-FERC regulated midstream business driven by the recent sharp decline in natural gas production. Without that impairment, net income for the quarter would have been $363 million, the company said.

“While the pace of the global economic recovery remains uncertain at this time, we are seeing green shoots in some areas of our business,” said KMI Executive Chairman Richard D. Kinder. “The board remains committed to increasing the dividend to $1.25 annualized as we projected, under far different circumstances.”

After complimenting KMI employees for adapting to the challenges of work during the COVID-19 pandemic, KMI Chief Executive Officer Steve Kean said, “we also continue to look closely at our capital spending, our expenses and increased operational efficiency.

“We have now reduced our 2020 expenses and sustaining capital expenditures by approximately $170 million combined versus our original budget without sacrificing safety and compliance,” Kean added. “We have reduced our expansion capital outlook for 2020 by approximately $660 million, or almost 30%. In addition, the actions we have taken over the last several years to strengthen our balance sheet, including reducing our net debt by $10 billion since the third quarter of 2015, have increased our resiliency for these challenging times.”

“Sharp declines in crude oil and natural gas production along with reduced demand for refined products due to the economic shutdown in the wake of the pandemic clearly affected our business and will continue to do so in the near term,” Dang said. “Financial contributions from all of our business segments were down compared to the second quarter of 2019, although transport volumes in our Natural Gas Pipelines segment were up 3% year over year, and we saw lower interest expense, cash taxes and sustaining capital expenditures versus the same period last year.

“We continue to overcome challenges and make progress on our Permian Highway Pipeline project, with more than 75% of the construction completed. As previously announced, we expect the project to be in service early in 2021. We are also nearing completion of the Elba Liquefaction project, with the sixth of 10 liquefaction units placed in service during the quarter, and the seventh on July 17th. The remaining three units are expected to be placed in service before the end of this summer. Both projects are fully contracted under long term, reservation-based contracts.”

For 2020, KMI’s original budget contemplated DCF of approximately $5.1 billion ($2.24 per common share). Because of the pandemic-related reduced energy demand and the sharp decline in commodity prices, the company now expects DCF to be below plan by slightly more than 10%.

Market conditions also negatively impacted a number of planned expansion projects such that they are not needed at this time or no longer meet our internal return thresholds. We therefore expect the budgeted $2.4 billion expansion projects and contributions to joint ventures for 2020 to be lower by approximately $660 million. With this reduction, DCF less expansion capital expenditures is improved by over $100 million compared to budget, helping to keep our balance sheet strong.

“The Natural Gas Pipelines segment’s financial performance was down for the second quarter of 2020 relative to the second quarter of 2019,” said Dang. “The segment experienced lower contributions from multiple gathering and processing assets due to sharply reduced natural gas production, from Tennessee Gas Pipeline Company (TGP) due to mild weather in the Northeast and the impact of the FERC 501-G rate settlement, and from the sale of the Cochin Pipeline in December 2019. These reduced contributions were partially offset by greater contributions from the Elba Liquefaction and the Gulf Coast Express (GCX) projects.”

Natural gas transport volumes were up 3% compared to the second quarter of 2019, with the largest increases on GCX, TGP, Colorado Interstate Gas (CIG), and the Texas Intrastates. Increases on GCX were due to its being placed in service, while TGP benefited from increased LNG deliveries, CIG from DJ growth and higher heating demand, and the Texas Intrastates from the continued growth in the Texas Gulf Coast market. Natural gas gathering volumes were down 8% from the second quarter of 2019 due primarily to decreased volumes on the KinderHawk, Oklahoma and Hiland Midstream systems.

The Permian Highway Pipeline (PHP) is more than 75% mechanically complete and is expected to be placed in service in early 2021. The approximately $2 billion project is designed to transport up to 2.1 bcf/d of natural gas through approximately 430 miles of 42 in., pipeline from the Waha area to U.S. Gulf Coast and Mexico markets. The project is fully subscribed under long-term, binding agreements. Kinder Morgan Texas Pipeline (KMTP), EagleClaw Midstream and Altus Midstream each hold an ownership interest of approximately 26.7% and an affiliate of an anchor shipper has a 20% interest. KMTP is building and will operate the pipeline.

Elba Liquefaction Company (ELC) is continuing the commissioning and startup activities on the remaining units that comprise its portion of the Elba Liquefaction project. The seventh unit was placed in service earlier this month. The final three units are expected to be placed in service during the summer of 2020. The facility will have a total liquefaction capacity of approximately 2.5 million tons per year of LNG, equivalent to approximately 350 mmcf/d) of natural gas. The nearly $2 billion project is supported by long-term contracts with Shell.

Construction activities continue on KMI’s approximately $260 million expansion projects designed to increase the delivery capacity by 1.4 bcf/d on its Texas intrastate system. This expansion capacity will serve future LNG, industrial, electric generation and local distribution company expansions along the Texas Gulf Coast. Construction of the expansion projects is on schedule and expected to be placed in service during the fourth quarter of 2020.