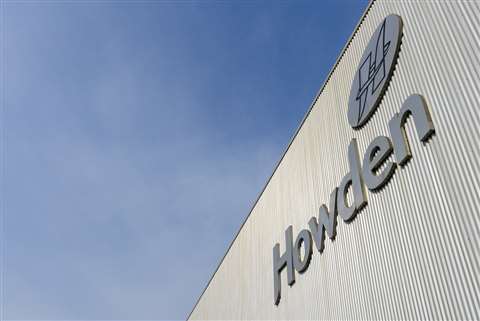 Howden will partner with Sweden’s Hybrit to install a hydrogen compressor at a fossil-free steel plant in Sweden.

The company, which generates 28,000 tonnes of carbon emissions annually, plans to cut that total in half by 2030 and to become carbon net-zero five years later. Howden plans to achieve this goal through the purchase of renewable energy and carbon-free energy, improved efficiency from energy conservation and through renewable energy projects at its manufacturing facilities.

The business has also set targets for reducing waste sent to landfills and for reduction of water use and plans for half its industrial operations to have zero waste to landfill by 2035 and 30% water reduction over the same period.

Howden also plans to help its customers reduce their environmental footprint through the supply of its services and equipment. As an example, using just one of the company’s gas-gas heaters can help a customer avoid 64,000 tonnes of carbon emissions per year for a steel plant. In addition, a single Howden steam turbine is capable of negating 50,000 tonnes of carbon emissions annually, the company said.

Earlier this year, Howden announced it will partner with Hybrit to install a hydrogen compressor at a fossil fuel-free steel plant in Svartöberget, Sweden. That plant has the potential to reduce Sweden’s total carbon emissions by 10%. In addition to the hydrogen compressor, Howden has developed a large-scale hydrogen storage system for the plant. The plant will be the world’s first fossil-free value chain for the iron and steel industry.

Although hydrogen has the highest energy per mass of any fuel, its low ambient temperature density gives it low energy per unit volume, which makes it important to develop storage that maintains higher energy density, Howden reported.

“Howden is proud to join other leading businesses by announcing our to net-zero targets. Going beyond the commitments we are making to reduce the environmental impact of our own operations, we are also committed to the positive impact that our products and services have on our customers’ carbon emissions and sustainability initiatives, “ said Howden CEO Ross Shuster.

“When we benchmark our carbon footprint against our peers, it is already comparatively low due to the nature of our business and current good practice,” said David Baird, Global EHS Leader at Howden. “Nevertheless, we can improve this even further and hence we have put robust plans in place to manage our footprint via sourcing of carbon-free energy, renewables on-site and implementation of energy efficiency measures.”