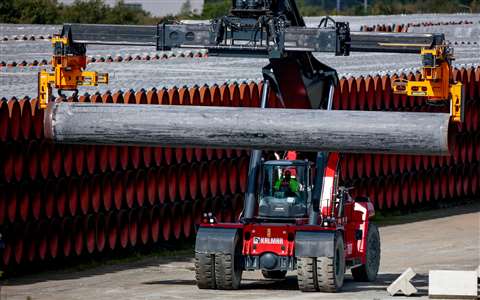 Germany suspended the approval of the Nord Stream 2 pipeline on Wednesday, after a significant escalation of the situation in Ukraine.

German Chancellor Olaf Scholz, who has only been in office since December, said that Berlin would not approve Nord Stream 2 as a result of Moscow’s actions, which he described as a “grave breach of international law”.

“The situation today has fundamentally changed,” he said. “And that’s why we must re-evaluate this situation, in view of the latest developments.”

Scholz said he had asked the German Ministry of Economic Affairs to withdraw a report on security of supply at the Federal Network Agency. Without the report, the pipeline cannot be certified, and without certification it cannot enter operation.

The ministry will now carry out a new security of supply assessment, taking into account the latest developments.

The situation continues to evolve and whether Nord Stream 2 will ultimately be cancelled altogether remains unknown. The pipeline was declared ready to enter service in December but still needed approval from Germany and the European Union to start up.

Scholz’s move marks a considerable change in Germany’s position of Nord Stream 2 after the country supported the project for years despite considerable opposition from the US and certain European countries. However, it also comes as Europe is grappling with high natural gas prices. Indeed, Moscow has made a point of linking Nord Stream 2’s start-up to lower prices, and was quick to do so again in the wake of Scholz’s announcement.