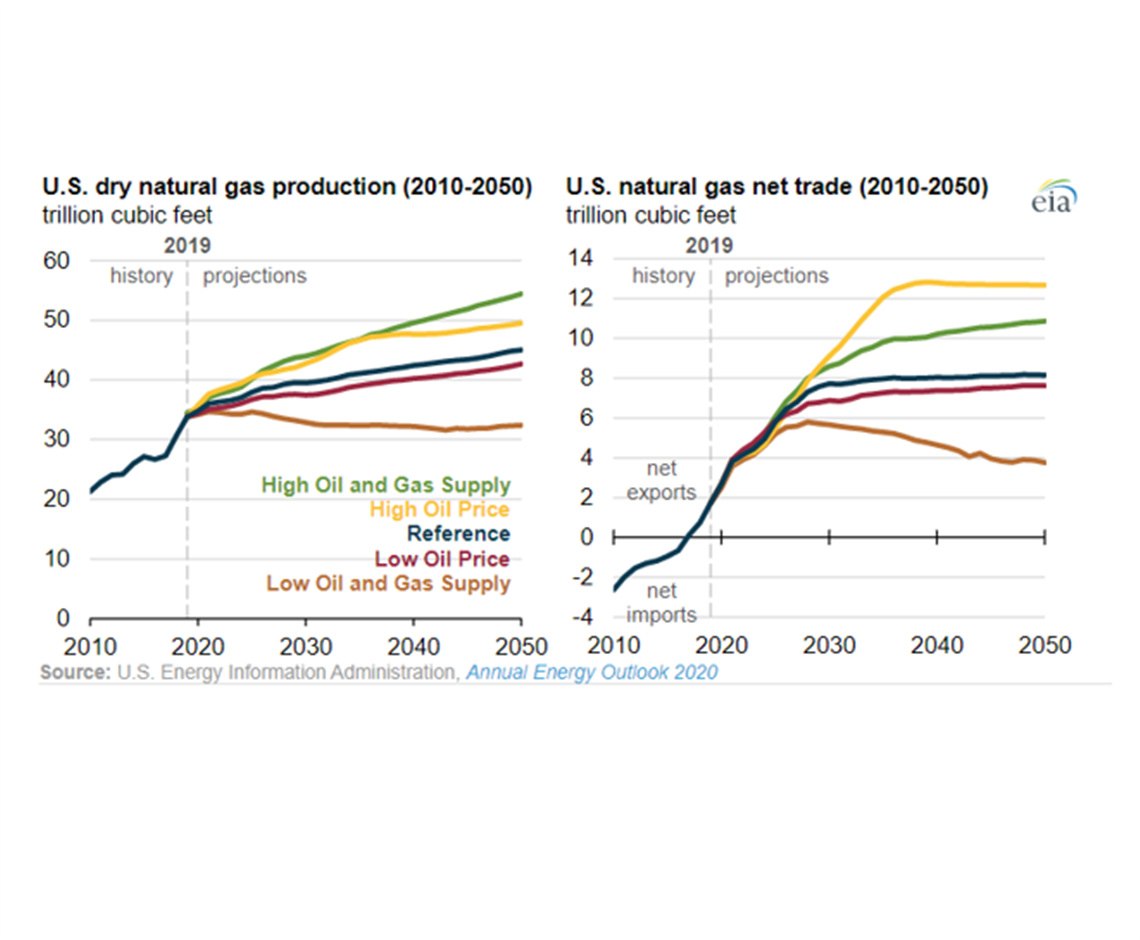 While gas prices hit a 20-year low this month and gas reserves have already reached record levels in the U.S., the U.S. Energy Information Administration is still projecting that gas production won’t be really slow down much in the foreseeable future.

The AEO2020 Reference case represents EIA’s best assessment of how U.S. and world energy markets will operate through 2050, assuming no significant changes in energy policy occur. Side cases show the effects of changing model assumptions: the High and Low Oil Price cases simulate international conditions that could drive crude oil prices higher or lower, and the High and Low Oil and Gas Supply cases vary production costs and resource recoverability within the United States.

Most of the increase in dry natural gas production is coming from natural gas formations such as the Marcellus and Utica in the East region and the Haynesville in the Gulf Coast region. A smaller but still significant portion of the growth is from associated gas production in oil formations, especially in the Permian Basin in the Southwest region.

U.S. LNG exports are more competitive when oil prices are high (as in the High Oil Price case) and U.S. natural gas prices are low (as in the High Oil and Gas Supply case) because of pricing structures that link Brent crude oil prices to LNG prices in many world markets. In the High Oil Price case, U.S. natural gas net exports reach nearly 13 tcf by the late 2030s, most of which is LNG. Conversely, in the Low Oil Price case and Low Oil and Gas Supply case, U.S. LNG is less competitive globally and remains lower than 5 tcf per year through 2050.