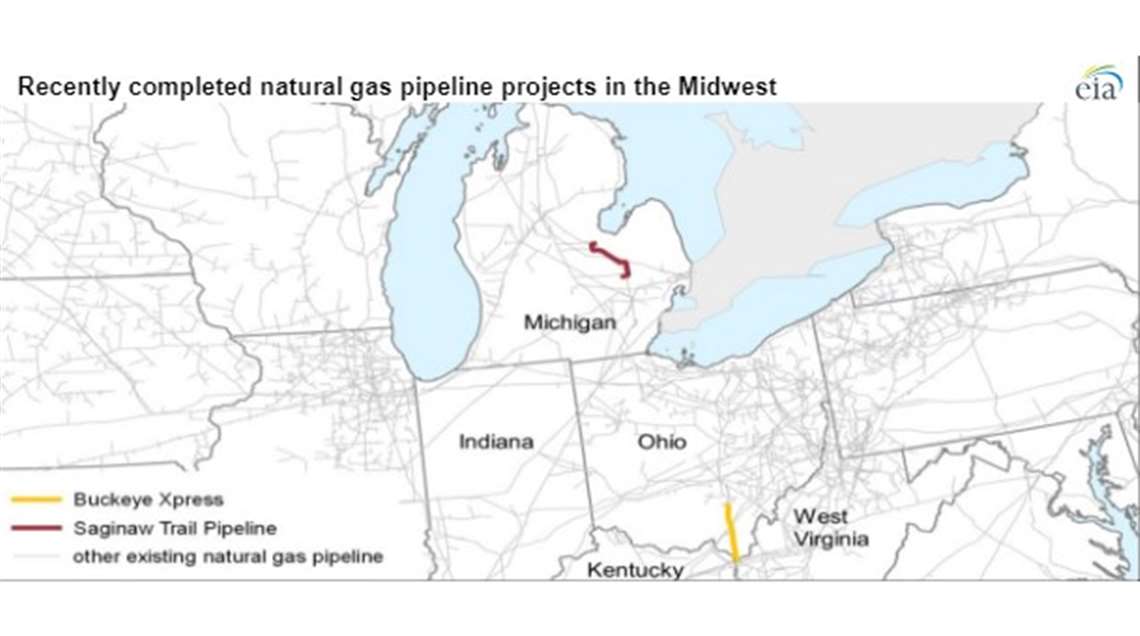 Kinder Morgan’s Permian Highway Pipeline (PHP) entered service in early January. The 430-mile pipeline brings 2.1 Bcf/d of additional natural gas capacity from the Waha Hub, located in West Texas near production activities in the Permian Basin, to Katy, Texas, near the Gulf Coast. It has additional connections to Mexico.

Whitewater/MPLX’s Agua Blanca Expansion Project, which entered service in late January, connects to nearly 20 natural gas processing sites in the Delaware Basin. It transports an additional 1.8 Bcf/d of natural gas to the Waha Hub in West Texas. The project will also connect with the Whistler Pipeline, which is scheduled to be completed in the third quarter of 2021 and is expected to move 2.0 Bcf/d of natural gas from the Permian Basin to the Texas Gulf Coast.