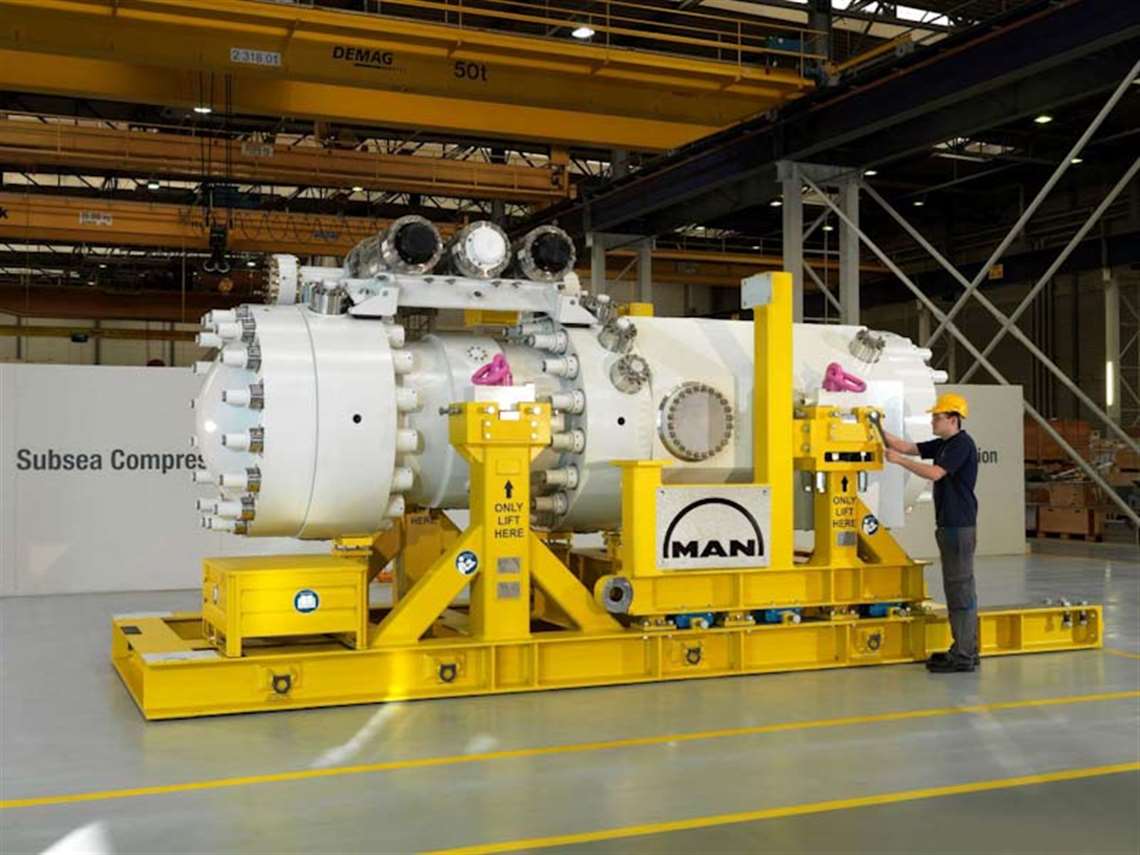 Five years ago, multinational energy company Equinor put its first subsea, gas-compression facility into operation at the Åsgard offshore gas-field on the floor of the Norwegian Sea. The operation features two subsea HOFIM motor-compressor units from MAN Energy Solutions, which have since achieved a total of 80,000 operational hours with an availability of close to 100%, the company said.

“The pioneering subsea technology we implemented at Åsgard represents a quantum leap for the global energy industry,” said Randi Elisabeth Hugdahl, vice president of Åsgard Operations at Equinor. “Putting the compression system on the seabed near the wellheads improves recovery rates and reduces capital and operating costs.”

Near the end of 2015, reports indicated the pressure in Åsgard’s reservoirs would eventually be too low to ensure stable flow and satisfactory production. This prompted the need for 2, 11.5 MW HOFIM motor-compressor units, which operate 984 ft. (300 m) below sea level. The compressors extended the reservoirs’ productive life by 15 years. During this period, around 306 million barrels of oil equivalent will be added.