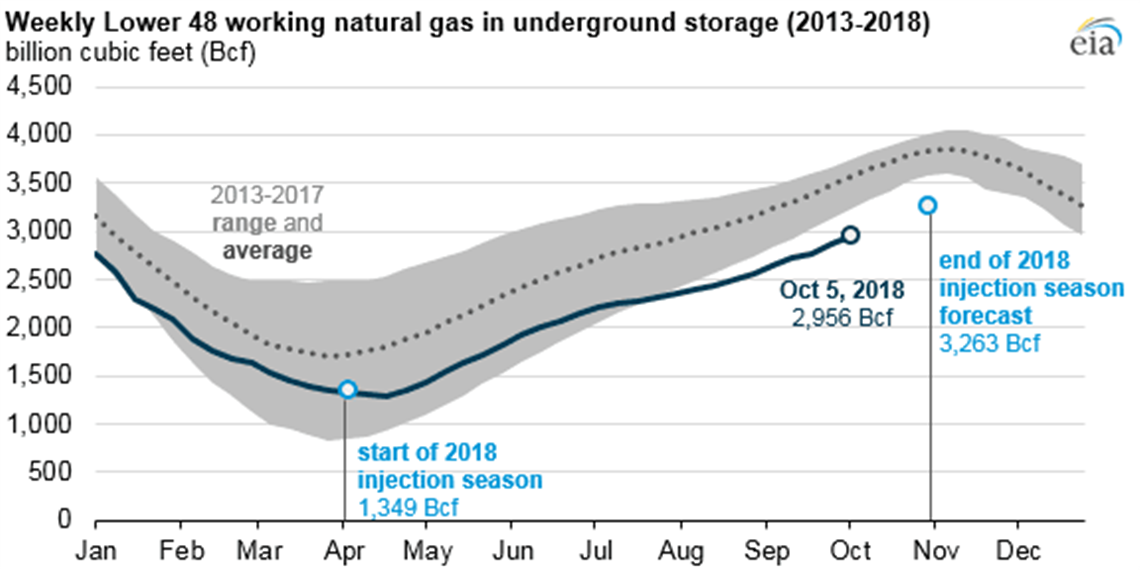 Lingering cold temperatures in April 2018, the coldest April in the past 21 years, delayed the start of the natural gas storage refill season by about four weeks. Coupled with heavy natural gas withdrawals in January 2018, the delayed start to the refill season led to storage levels that have remained lower than the previous five-year minimum. However, late-season injections during the past four weeks have been close to their five-year averages, with injections averaging 81 Bcf compared with the five-year average of 82 Bcf.

Natural gas is withdrawn from storage facilities throughout the United States during times of high demand and injected into storage facilities during times of low demand. Traditionally, the injection season lasts from the beginning of April through the end of October, though natural gas is now regularly injected through October and into early November in the United States. In 2018, relatively cold winter weather led to more withdrawals from storage, and inventories transitioned from being near the previous five-year average to being lower than average. By mid-July, inventory levels fell to lower than the previous five-year range for that time of year.