EIA: Appalachian Natural Gas Prices Up Even As Production Jumps 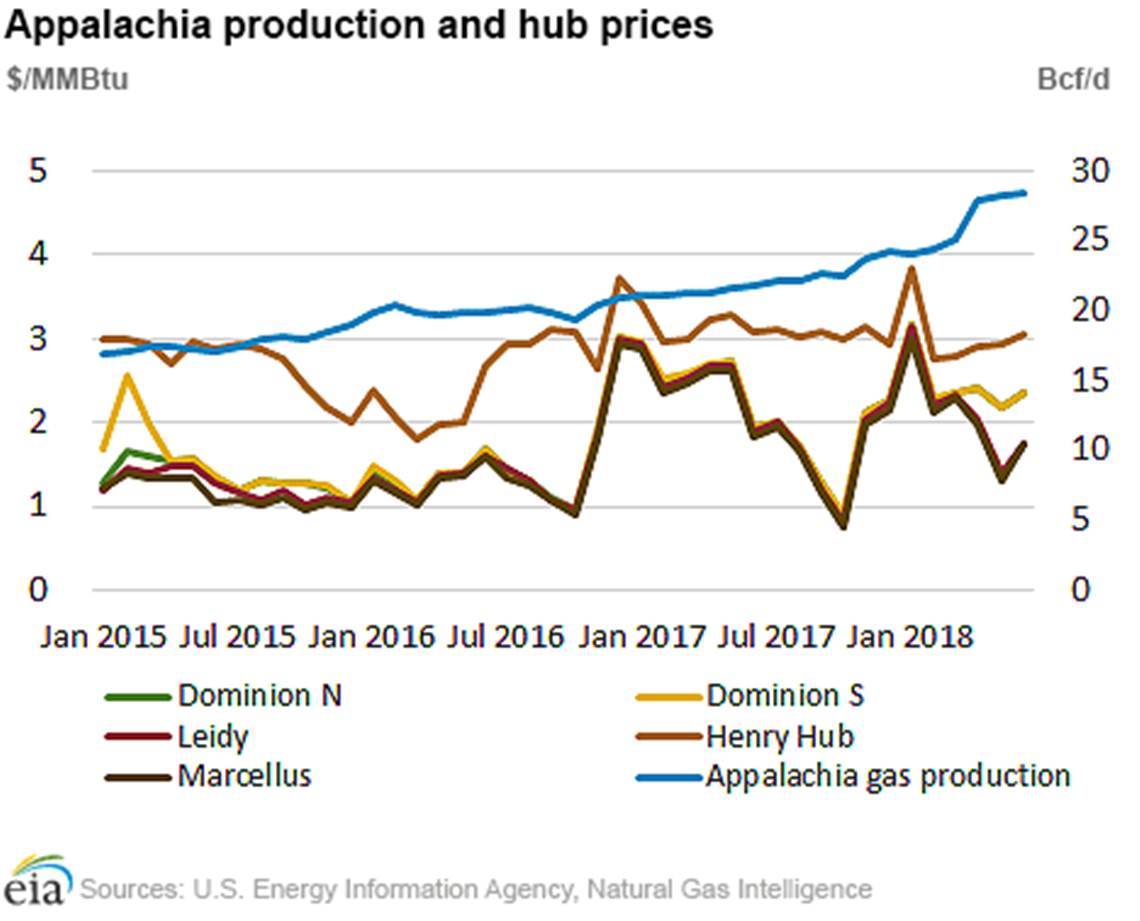 Spot prices at market trading hubs in the Marcellus and Utica plays increased even as production growth has continued. During winter 2017–18 (October 2017 to March 2018), the price at the Dominion South Hub in southwest Pennsylvania averaged $2.17 per million British thermal units (MMBtu). In contrast, during the winter 2015–16, prices at the Dominion South Hub averaged $1.24/MMBtu. The average 2017 summer (April–September) price was $2.06/MMBtu, 68¢ higher than the 2015 summer average.