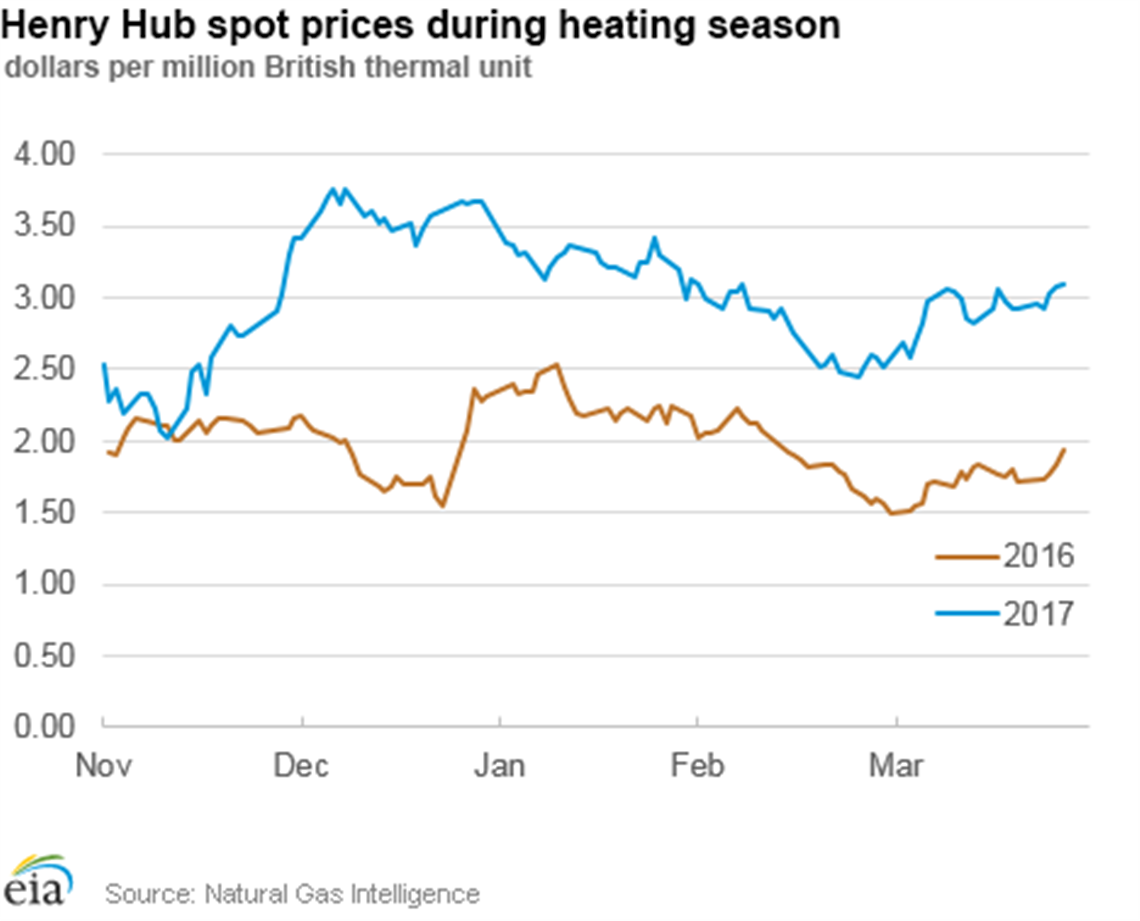 The U.S. natural gas spot prices at Henry Hub averaged US$3.01 per MMBtu during the 2016-17 season, which was 52% higher than prices during the same period in 2015-16, according to the U.S. Energy Information Administration (EIA).

Both years began the heating season with historically high levels of natural gas in storage, with spot prices around US$2.00 to US$2.50 per MMBtu. Henry Hub prices rose during the second half of November and the first week of December in 2016, averaging more than US$3.50 per MMBtu. Comparatively, December 2015 Henry Hub spot prices were US$1.98 per MMBtu. Heating demand was higher in 2016 due to colder weather than the year prior, the EIA said.

Temperatures warmed in January and February during both heating seasons, with the Henry Hub prices falling below US$3.50 per MMBtu in 2017 and remaining below US$2 per MMBtu in 2016. Once March rolled around, the 2017 prices averaged US$2.87 per MMBtu before ending the month at US$3.10 per MMBtu. The March 2016 closing price (US$1.93 per MMBtu) was more than a dollar less than its 2017 counterpart, the EIA said.

Total natural gas demand during the 2016-17 heating season sat near the same level as the season prior, with year-over-year power burn decreases offset by increases in U.S. exports, according to data from PointLogic. Natural gas production in the Lower 48 states during the 2016-17 heating season, however, averaged more than 2 Bcfd (56.6 X 106 m3/d) below 2015-16 production levels. With imports of Canadian natural gas averaging 0.2 Bcfd (5.6 X 106 m3/d) above last year, greater volumes of natural gas from storage were used to meet the supply shortfall, the EIA said.