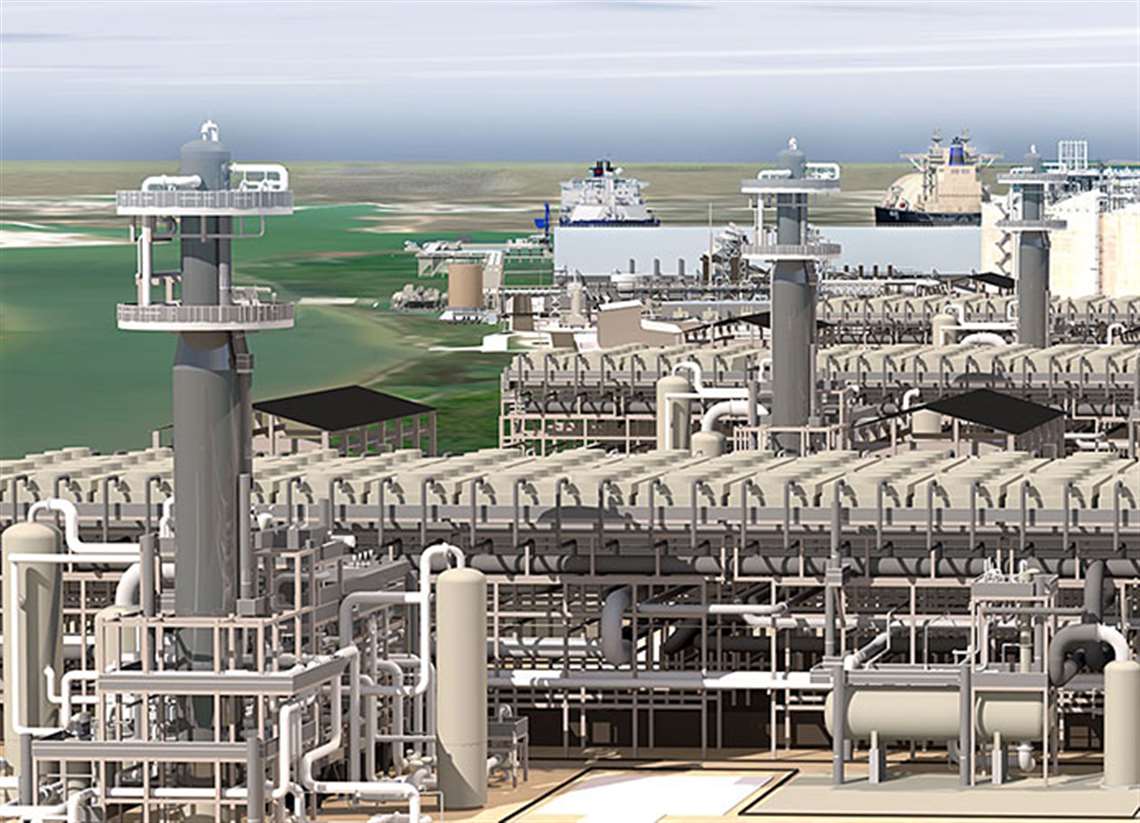 The U.S. Dept. of Energy (DOE) has approved additional exports of domestically produced natural gas from the Freeport LNG Terminal located on Quintana Island, Texas. The announcement was made at the Tenth Clean Energy Ministerial (CEM10) in Vancouver, Canada, where DOE is highlighting its efforts to advance clean energy.

“Increasing export capacity from the Freeport LNG project is critical to spreading freedom gas throughout the world by giving America’s allies a diverse and affordable source of clean energy,” said U.S. Under Secretary of Energy Mark W. Menezes. “Further, more exports of U.S. LNG to the world means more U.S. jobs and more domestic economic growth and cleaner air here at home and around the globe.

Under the new order, Freeport LNG Expansion, L.P. and FLNG Liquefaction 4, LLC (together, FLEX4) have authority to export up to 0.72 bcfd of natural gas as LNG from a fourth liquefaction train (Train 4) to be built at the Freeport LNG Terminal. FLEX4 is authorized to export this LNG to any country that does not have a free trade agreement (FTA) with the United States, and with which trade is not prohibited under U.S. law or policy. The U.S. Government does not issue LNG licenses to purchasers of LNG but rather issues export authorizations to exporters of LNG, such as Freeport LNG. The Federal Energy Regulatory Commission (FERC) authorized FLEX4 to site, construct, and operate Train 4 on May 17.

Prior to this most recent announcement, Freeport LNG Expansion, L.P. and other Freeport entities had received approval to export LNG from the first three liquefaction trains at the terminal. The first liquefaction train is expected to begin commercial exports later this year.

“Approval of additional LNG exports from Freeport LNG furthers this administration’s commitment to promoting American energy, American jobs, and the American economy,” said Assistant Secretary for Fossil Energy Steven Winberg, who signed the export order and was also in attendance at the CEM10. “Further, increased supplies of U.S. natural gas on the world market are critical to advancing clean energy and the energy security of our allies around the globe. With the U.S. in another year of record-setting natural gas production, I am pleased that the Department of Energy is doing what it can to promote an efficient regulatory system that allows for molecules of U.S. freedom to be exported to the world,”

U.S. LNG export capacity, currently at 5 bcfd, is set to double by the end of 2020, the DOE said. The U.S. Energy Information Administration expects a continued increase in domestic natural gas production, with an average dry natural gas production rate of 90.3 bcfd in 2019 and 92.2 Bcfd in 2020, both new records.

The expansion of the Freeport LNG facility is also estimated to support up to 3000 engineering and construction jobs and hundreds of indirect jobs associated with the project.